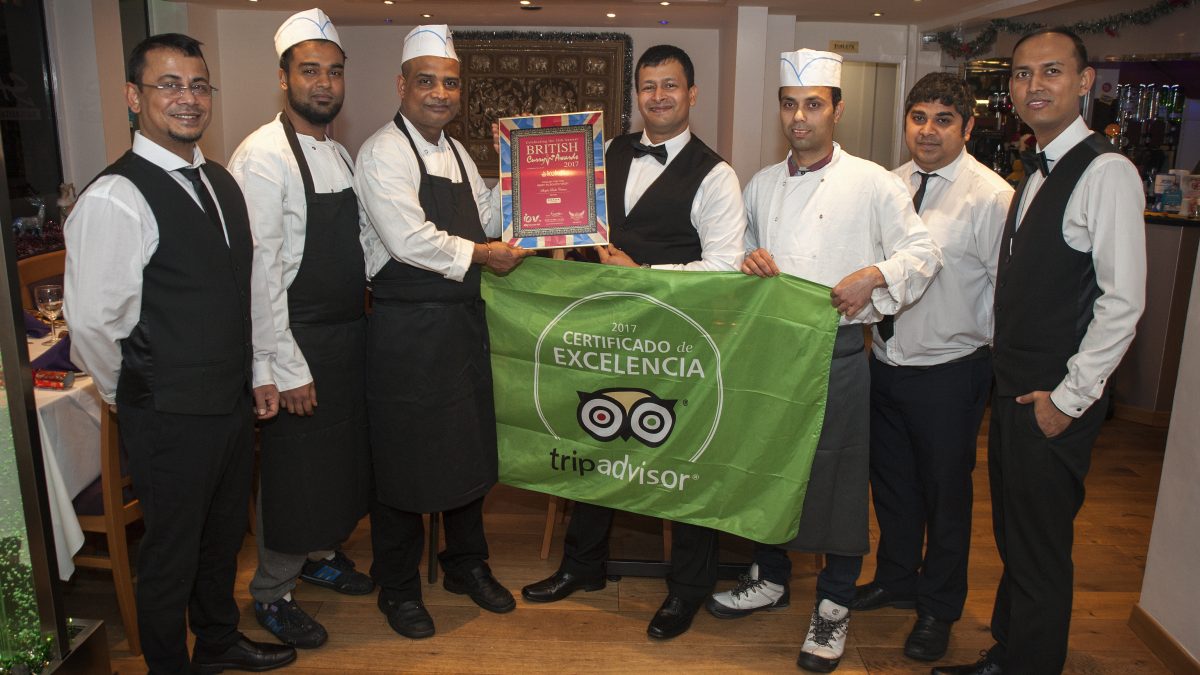 Read Shapla Balti Cuisine’s Business Profile in our magazine on pages 14-15, or keep scrolling to read below:

Let us introduce to you Mr Moshahid Ali a man who will go above and beyond to create what has been said to be one of the best restaurants and dining experiences in the South West, Shapla Balti Cuisine. As the owner of the business, you can imagine that he has his hands full, but that doesn’t stop him from hosting the best service possible in an establishment that his customers describe as being “the best tasting Indian food in Plymouth”. 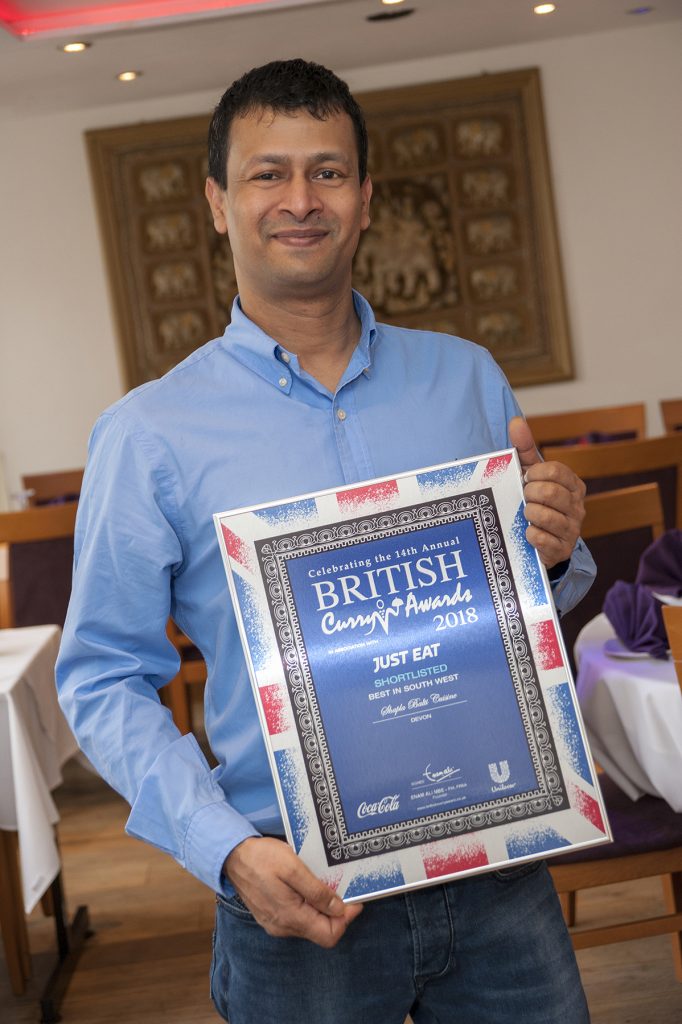 Shapla Balti is the only Indian restaurant to be shortlisted for the Best in South West category from Plymouth – and when considering that this category covers everything from Lands End up to Cheltenham, it’s easy to agree what an amazing achievement that is.

This is the second time that Mr Ali and his team have been shortlisted for the British Curry Awards and Mr Ali knows it won’t be their last because he has a fantastic team behind him. “It’s big thanks to my chef and my staff; they’re really hard working people. It’s a team effort. Like when you’re playing cricket, football, any team sport, no matter what a good player you are, you need the rest of the team there to win. So I believe it’s a team effort to satisfy the customers and it works. I have a great team behind me who are great to work with.”

The Best in South West category is shortlisted to only eight restaurants. Shapla Balti has come away with a prestigious certificate that states their title of being one of the best in the South West.

Nominations are done anonymously but after building an impressive reputation for himself in the Plympton community, it’s perhaps a bit clearer to see people would choose Mr Ali’s establishment:

“The people of Plympton have been very good to us, we’ve been here a while now and we have a nice community here. We’ve seen children come in, grow up and come in with their children!”

After being nominated, you are sent an application that you have to fill out to explain why you think you deserve the award. Before the awards ceremony the judges at the British Curry Awards will all make a decision after sending their mystery shopper to investigate:

“They will send their mystery shoppers who will come and taste your food, see the service, quality of waiters and how they are presenting themselves. You never know who they are but sometimes you get a feel for it because you get something like three weeks timeframe in October where they will come in. So I will normally work seven days just to make sure I’m here when they come!”

“We found out we were nominated in September time.” Mr Ali tells us, “After that they send you the golden envelope saying “you have been shortlisted”. They will give you a category and then you have to book a table to go. We didn’t win last time, but this time we’re going to do more so we can.”

With hard work, with determination and if you have the willpower I think we can win. I believe that myself and my staff work hard enough to impress our customers.

Mr Ali and his business partner Amirul Islam had a lovely time at the British Curry Awards and are looking forward to next year!

Shapla Balti offers authentic Punjabi, Kashmiri, Bengali and Indian Cuisine from their premises based on the Ridgeway, in Plympton. Mr Ali believes his establishment stands above the rest because of all of the hard work that is put in: 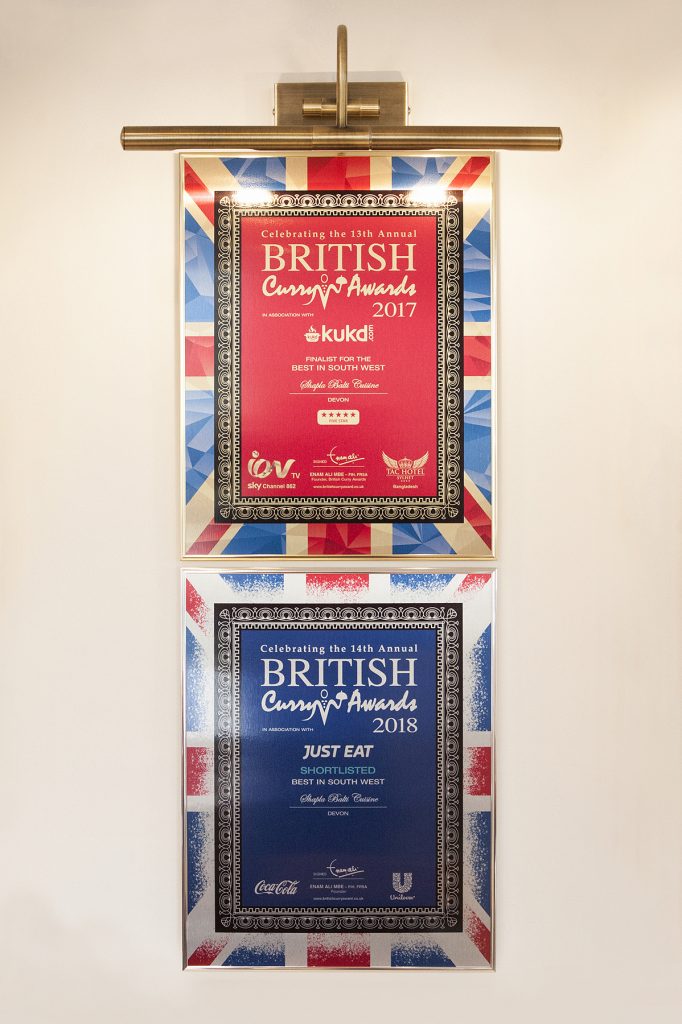 “I believe that we work very hard. We do our best to satisfy our customers and I believe the reviews that our customers have left on Trip Advisor and word of mouth have given us this edge of where we are at the moment.”

“Everyone who comes through that door we want to make sure that their experience is as comfortable as possible, we just want them to come here from home and be able to relax.”

Shapla Balti offers a wide range of dishes with a different variety of taste from mild, medium, spicy and hot to suit everyone’s palate.
Shapla Balti sources their produce both locally and worldwide, so you know you’re getting an authentic Indian dish when you visit this establishment.

Some of their signature dishes include the Tandoori Garlic Chilli Chicken and the Lamb Chun Chun – which is Mr Ali’s personal favourite! People really enjoy Shapla Balti Cuisine’s food and maybe that’s why they’re always returning for more:

The best meal I’ve had in a long time! The staff are so friendly, especially the owner Mr Ali- you are treated like friends from the second you walk in, nothing is too much hassle!

“The food is amazing, especially the naan breads. Mr Ali is more than happy to give knowledgeable recommendations based on your taste, so you feel confident in trying something new. The menu is great and has so much choice. I’ve already made plans to come back again.”

If you’re still not convinced, you can read the rest of their reviews on their Trip Advisor page – but rest assured, there’s definitely a reason that they have been awarded a Certificate of Excellence four years running!

Looking to the future of the business, Mr Ali has no plans to leave Plympton. He loves the area and the people who are part of it.

“I am friends with my customers, we have a great atmosphere here and everybody loves to socialise – that’s what makes this place so special.”

Shapla Balti is open from 5:30-11:30pm 7 days a week, and delivers to the people of Plympton. You may have already found your go-to Indian, but it’s always good to try something different; and going by their recent success, it’s definitely worth a try!

Mr Ali really recommends that if you want to visit Shapla Balti, to call up and book! 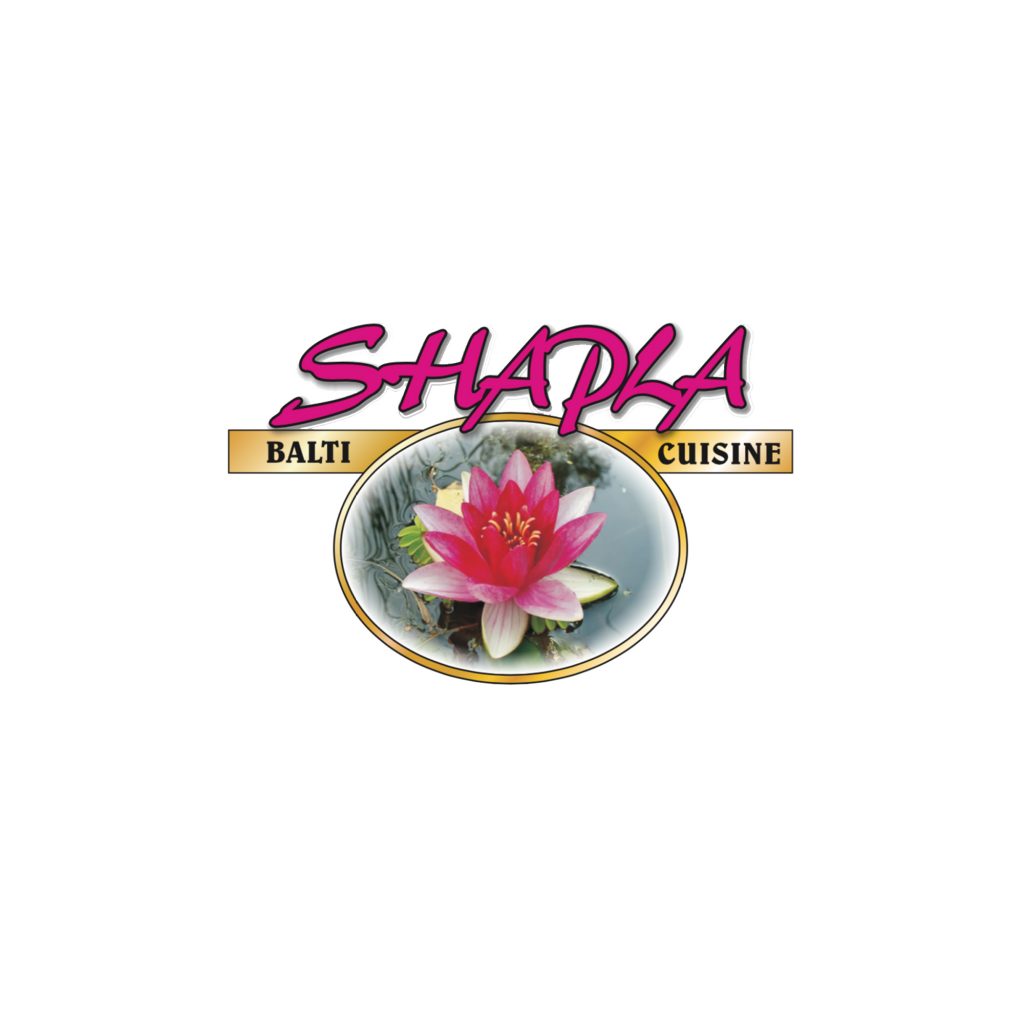 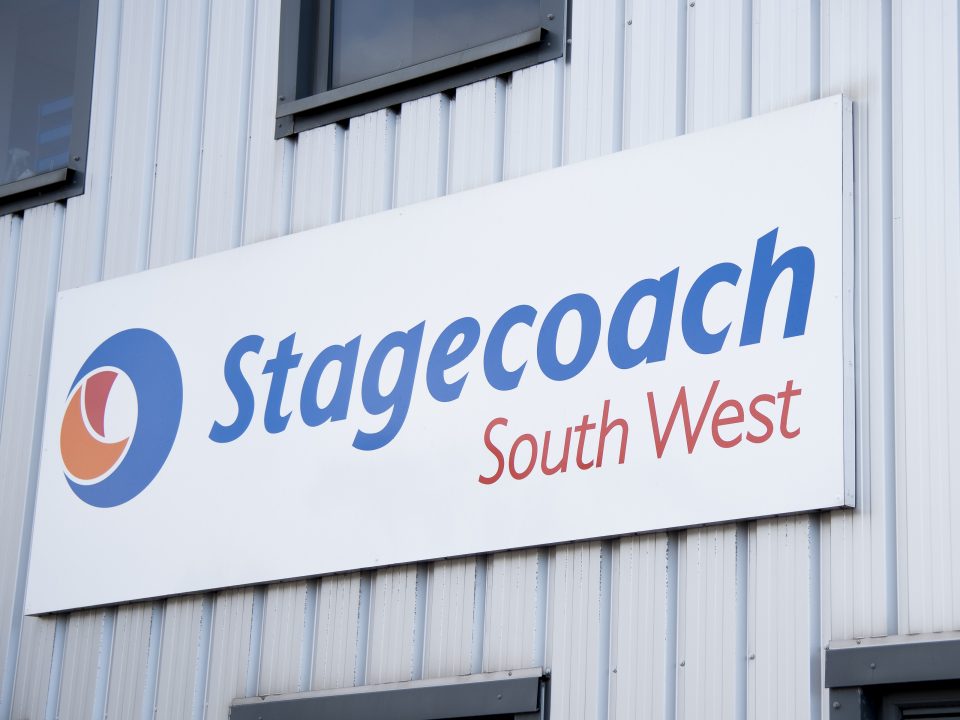 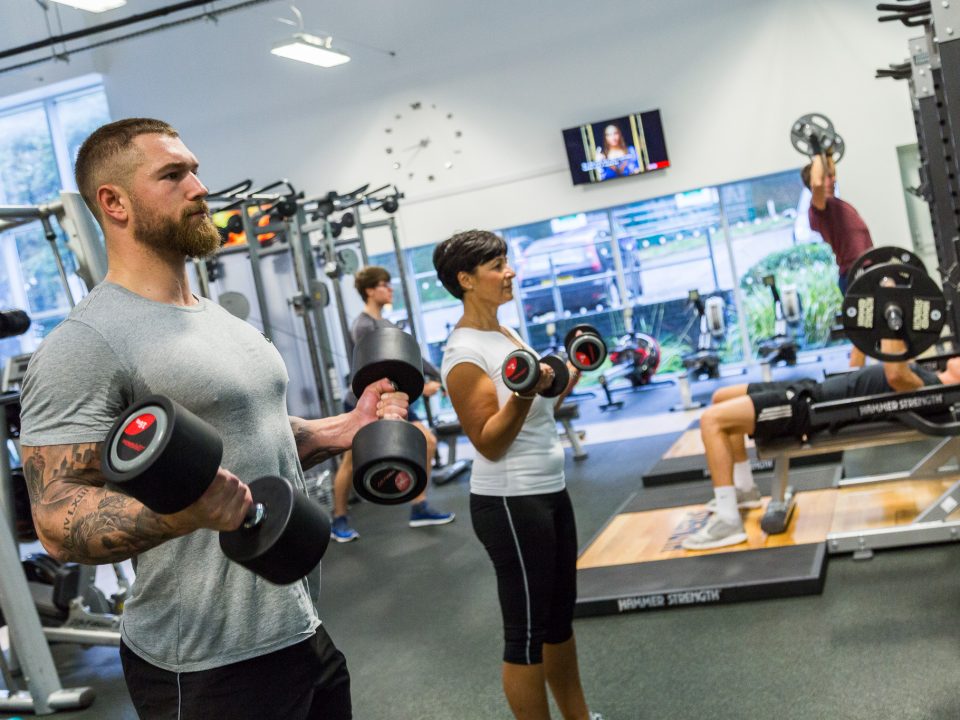 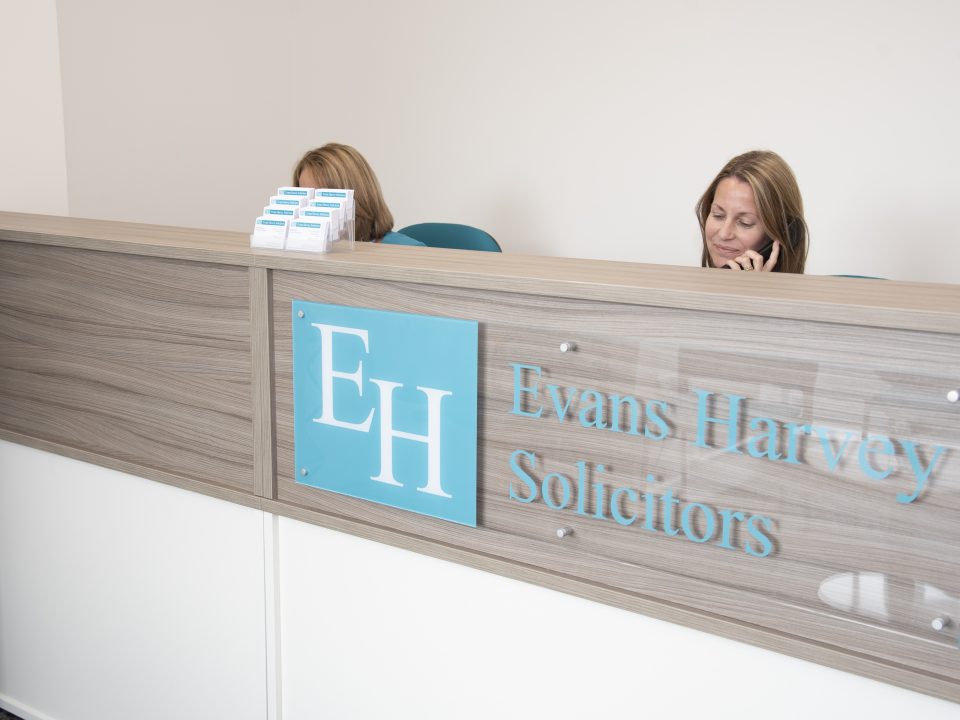