Dining Out this Christmas 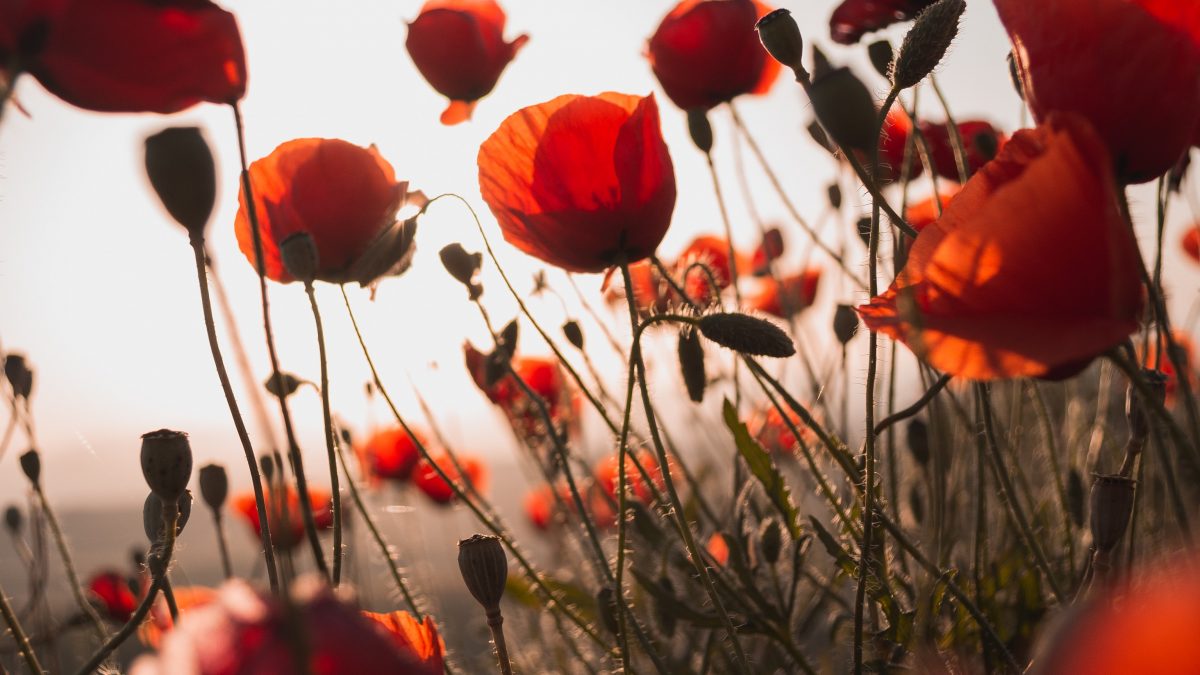 They shall grow not old, as we that are left grow old: Age shall not weary them, nor the years condemn. At the going down of the sun and in the morning. We will remember them.

Remembrance Day honours the service and sacrifice of our Armed Forces community, the British and Commonwealth veterans, the Allies that fought alongside us and the civilian servicemen and women involved in the two World Wars and later conflicts.

Every year the nation unites to make sure that no-one is forgotten and to remember and honour those who have sacrificed themselves to secure and protect our freedom. 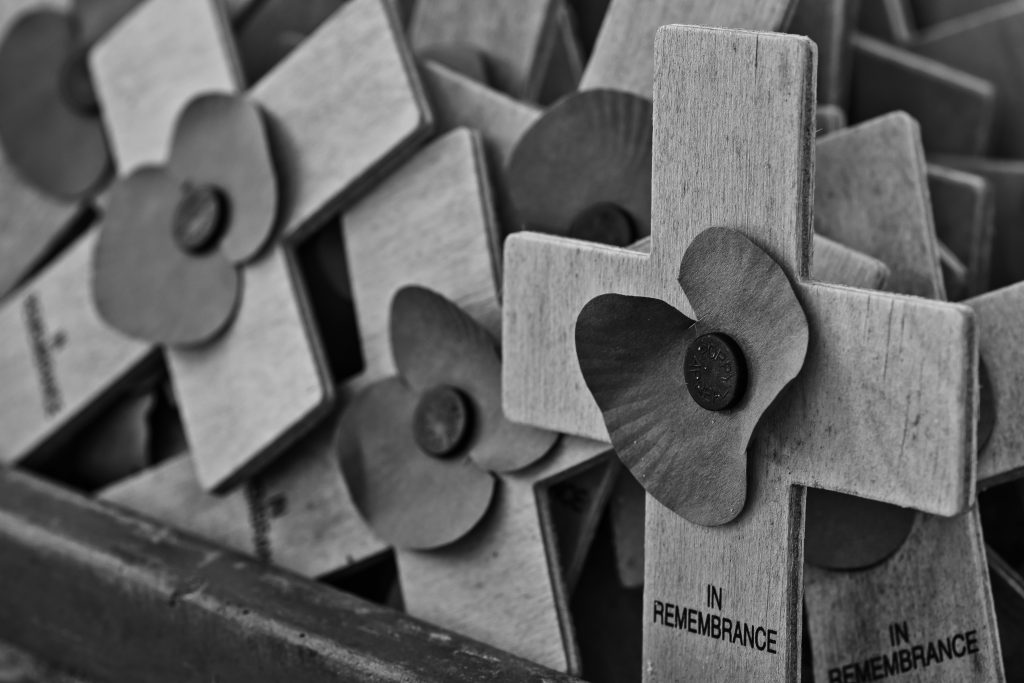 The symbol of Remembrance across the world is the poppy which stemmed from the poem ‘In Flanders Fields’ written by Canadian doctor, Lieutenant Colonel John McCrae. The poppy is a well-known and well-established symbol, one that carries a wealth of history and meaning with it. Wearing a poppy is still a very personal choice, reflecting individual experiences and personal memories. It is never compulsory but is greatly appreciated by those who it is intended to support.

When World War 1 ended, it was considered to be “the war to end all wars”, but 21 years later when World War 2 broke out in Europe it became a reality that this was not the case. Since the end of World War 2 in 1945, Great Britain has been involved in many conflicts and Remembrance Day give us the chance to remember friends and family we may have lost in conflict, the price of war and a chance to honour and respect those who are no longer with us.

Remembrance Day is extremely important in Plymouth as the city has a strong military connection. Most residents of the city are related to or know someone who currently serves or has served in the Royal Navy, Army, Royal Marines and RAF. Armistice Day allows the people of Plymouth to celebrate those currently serving in conflict across the world as well as remembering those who sadly lost their lives fighting for our country.

Anyone who was born and raised in Plymouth has heard the stories of the damage done to the city during the heavy bombings during the Second World War. HMNB Devonport was the main target for bombings and attacks during the conflict; however other areas of Plymouth were severely affected by the devastation.

Charles Church located on the roundabout next to Drake Circus stands as a reminder of the devastation brought to the city during this time. The church was bombed in the Plymouth Blitz in 1941 along with 40 other churches including St Andrew’s Parish Church and 26 schools.

There are several memorial plaques, statues and monuments in Plymouth, each showing the importance the city puts on remembering and honouring those involved in conflict. 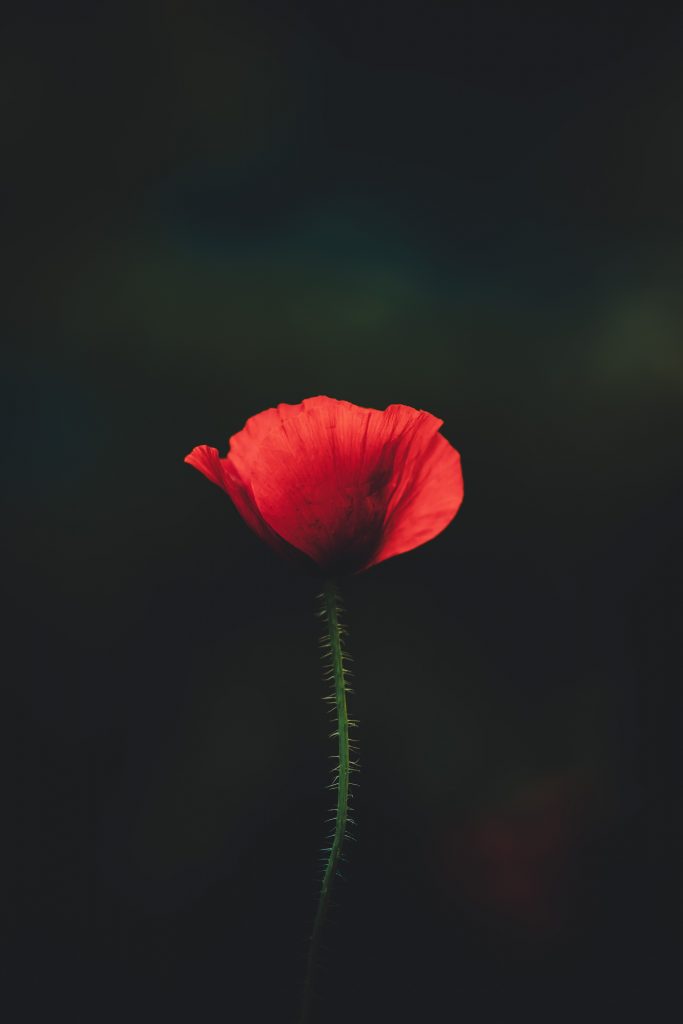 On the Hoe, under the Belvedere Wedding Cake, memorial plaques lie as a reminder of the conflict brought to Plymouth during World War 2. The plaques that lie at The Belvedere Garden of Remembrance commemorate conflicts from the Second World War through to the Falklands War.

On Sunday 10th November at 11 am, Plymouth and the rest of the nation will be holding the annual two-minute silence to commemorate the end of World War 1 and other conflicts Great Britain have been involved in.

The Remembrance Day service will take place on Plymouth Hoe, surrounded by the memorial monuments that stand proudly as a reminder of the horrible conflicts our country has been involved in. With its central position on the Hoe overlooking Plymouth Sound, the Plymouth Naval Memorial is a well-known local landmark that was unveiled by Prince George in 1924. The iconic memorial stands as the feature of Remembrance Day commemorations in Plymouth. The memorial commemorates more than 7,200 naval personnel of the First World War and nearly 16,000 of the Second World War who were lost or buried at sea.

Plymouth Hoe Promenade is specifically dedicated to military parades, displays and commemorations held annually in Plymouth such as Remembrance Sunday.

The Plymouth Merchant Navy Monument was unveiled in September by Anne, Princess Royal, honouring the Merchant Navy contributions during World War 1 and World War 2. The Merchant Navy played a huge role as Britain depended on civilian cargo ships to import food and raw materials, as well as to transport soldiers overseas, and keep them supplied. 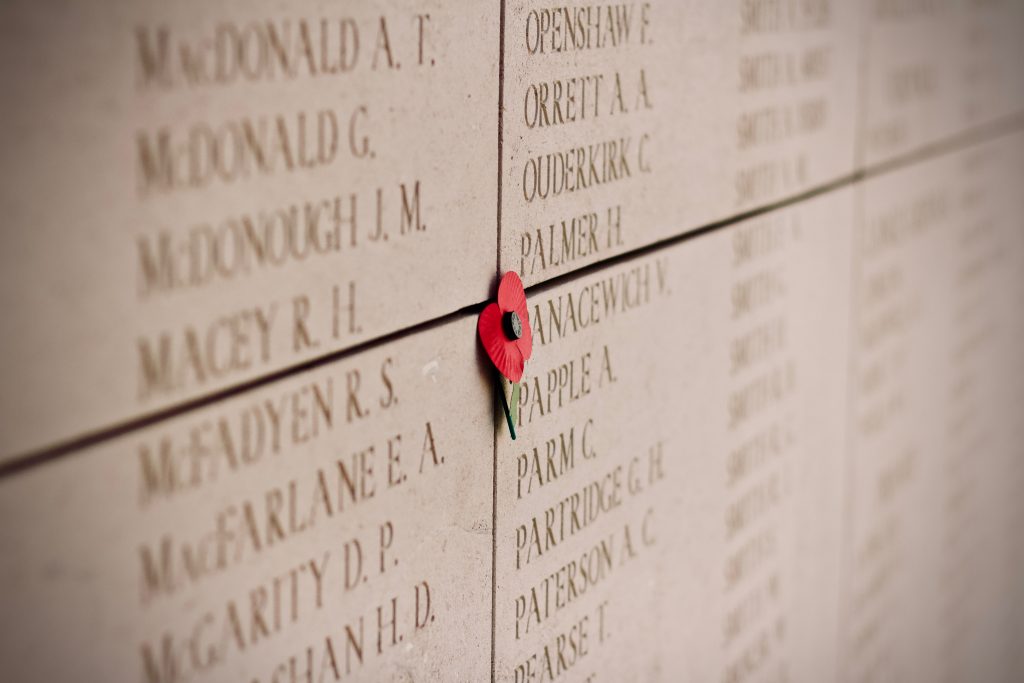 The title ‘Merchant Navy’ was granted by King George V after the First World War to recognise the contribution made by merchant sailors. This monument lies as a reminder that it wasn’t just soldiers that put their lives on the line and died during conflict and that many civilians fought for their country too.

The Remembrance Day service acts as a time for everyone to remember the soldiers, nurses and many civilians that fought and lost their lives during past and present conflict and pay respect to them by honouring the 2-minute silence and wearing a poppy. The Lord Mayor will also lay wreaths on behalf of current serving servicemen and women and veterans for their fallen comrades.

Remembrance Day is a reminder for us all to be grateful for our Military personnel and civilians who have bravely put their lives on the line to fight for our freedom. To find out more about the history of Remembrance Day and how you can get involved visit your local Royal British Legion branch or head to www.britishlegion.org.uk.

Special thanks go to KB Security and Drake’s Island for Sponsoring this article as proud military veterans. 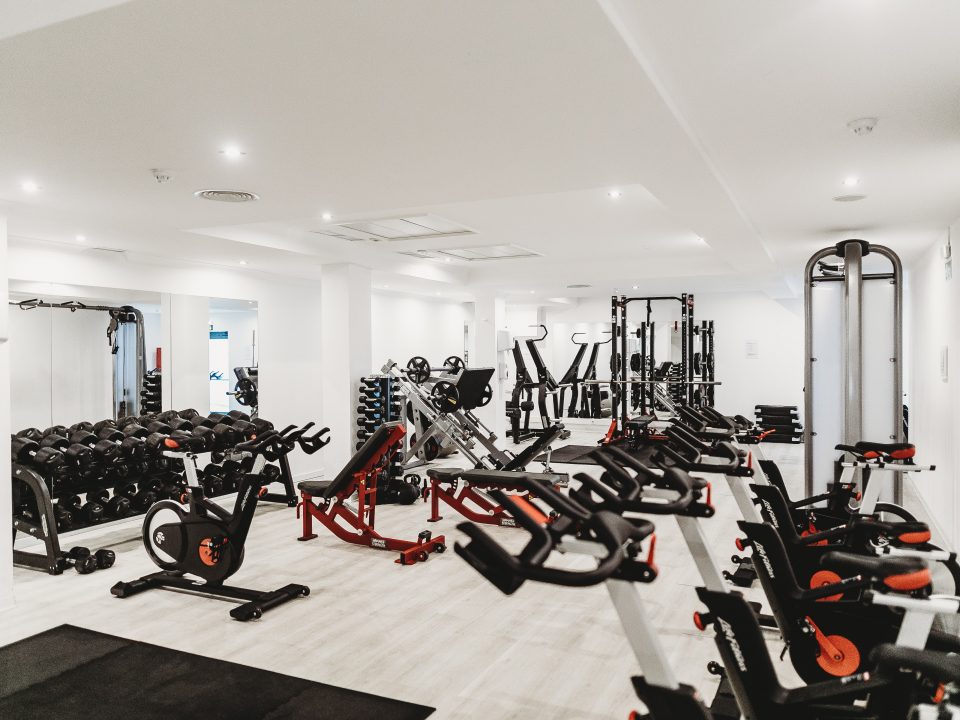 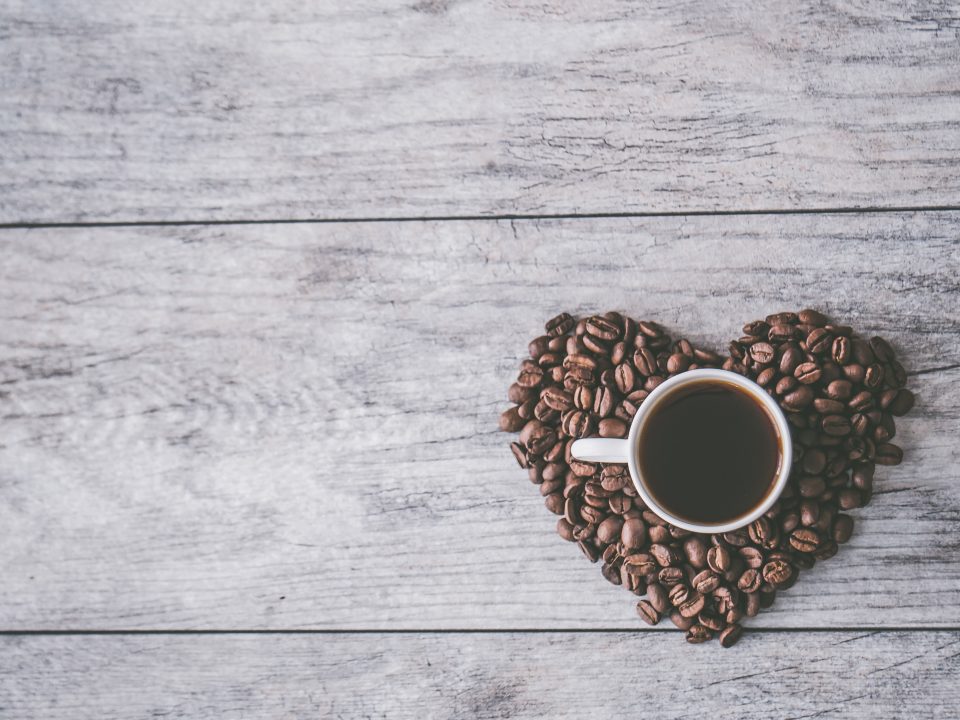 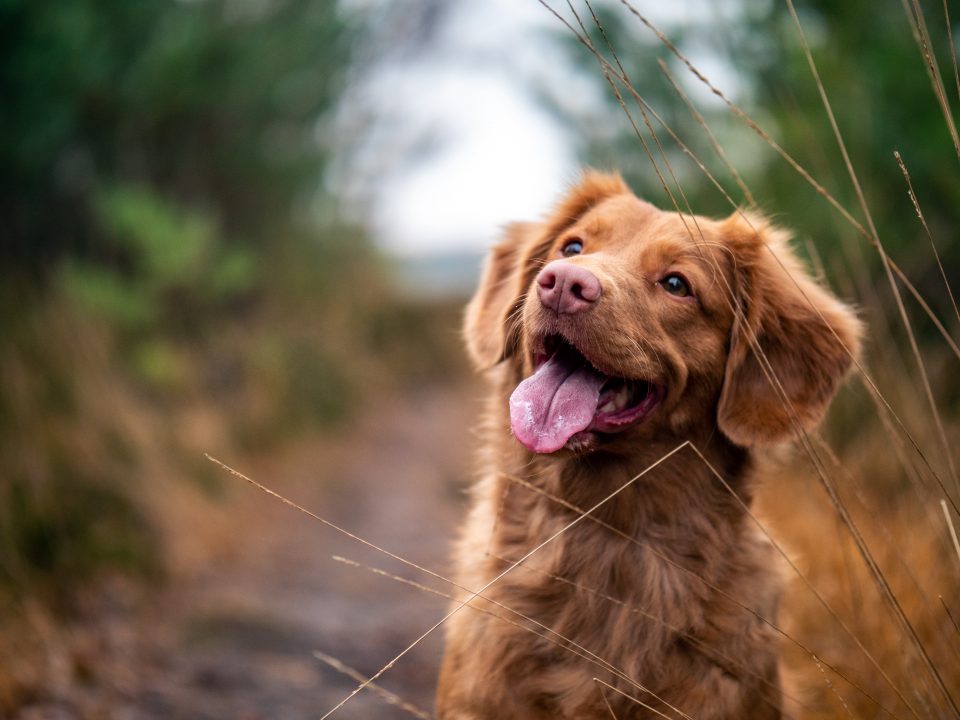