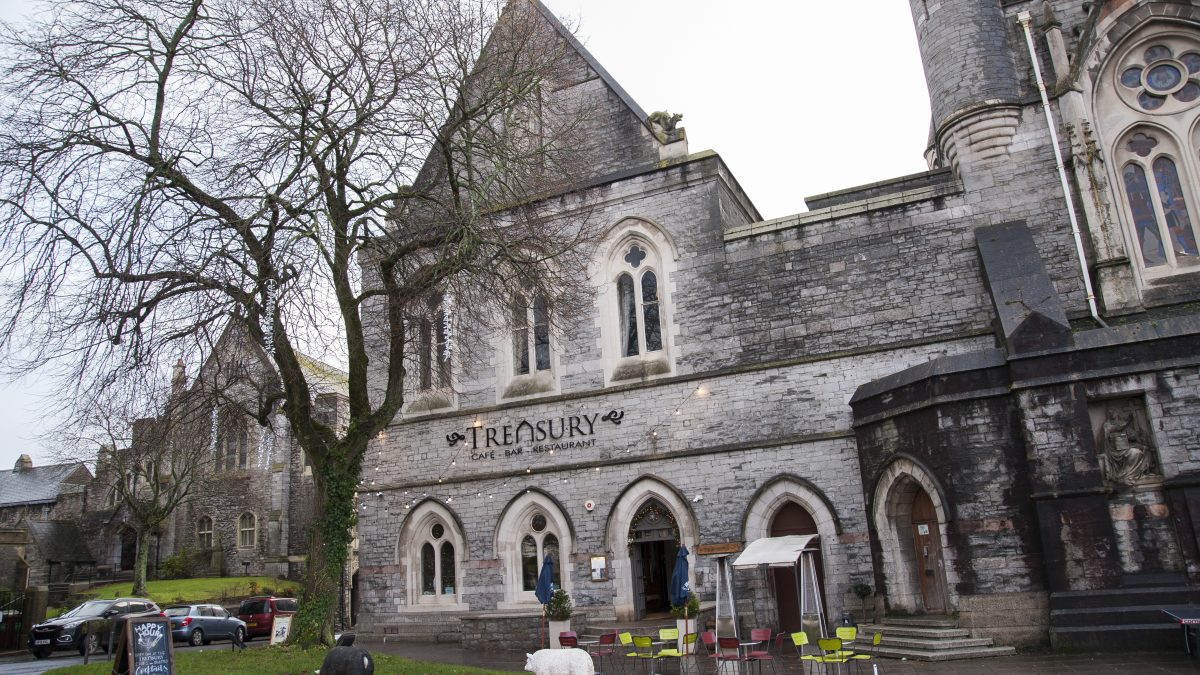 Plymouth has a whole host of cafe’s, pubs, clubs, bars and restaurants to choose from. From the Barbican, the city centre, right through to Royal William Yard. However, one such venue has managed to establish itself as all the above whilst becoming one of the most desired venues in Plymouth. Coffee and breakfast before work, brunch on a Saturday with the girls, a lavish dinner with the family or a night out with fine wine and cocktails with some old friends… The Treasury Bar has been providing all the above and beyond right in the centre of Plymouth for many years. 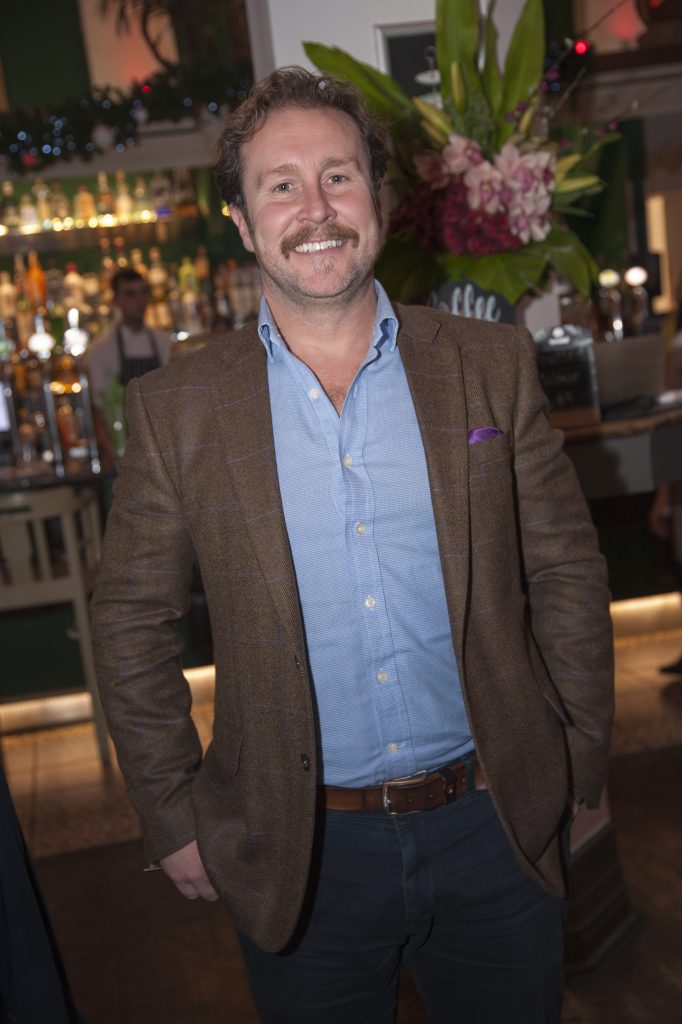 Situated in a stunning 19th-century building, The Treasury Bar has been at the heart of fine-dining and fine drinking for over 16 years. OM Magazine caught up with owner, Ben Shearn who gave us an insight into the history of The Treasury Bar and how he made the successful bar and eatery what it is today.

The Treasury first originated in 2003 when a young entrepreneur who, unequivocally had a passion for business from a very young age. Finishing his A levels just outside of Plymouth, Ben was keen to leave education and get into business.

“Like many young people growing up in the West Country, I was thinking I needed to go to the big city, that I needed to fly the nest, so I applied for a job in London”

Ben was successfully accepted into the Sainsbury’s graduate management programme where he worked between London head office and his Newcastle store being the youngest employee in his store.

After a year of working in the corporate world and the buzz of London and Newcastle and having been offered a managerial position with Sainsbury’s, Ben found his creativity was limited due to strict rules set by head office and, thus, kindly declined the offer.

At 20 years old, Ben took a plunge into the business world back in Plymouth and opened a cafe and sandwich bar on the Barbican.

“I saw an opportunity to open a cafe and sandwich bar as that’s the culture I had experienced in London.”

The initial plan for Ben was to start up a business, build it up within a year and then sell it on so he could travel for a year. However, this wasn’t the outcome as he became too involved with the cafe, moving on to open up various other businesses within 7 years, one of those being the successful B-Bar situated in The Barbican Theatre.

With a clever business mind, positive attitude and creative flare, Ben pushed himself into various business ventures across the South West, always coming up with new ideas using a multi-faced approach to connect people and businesses. 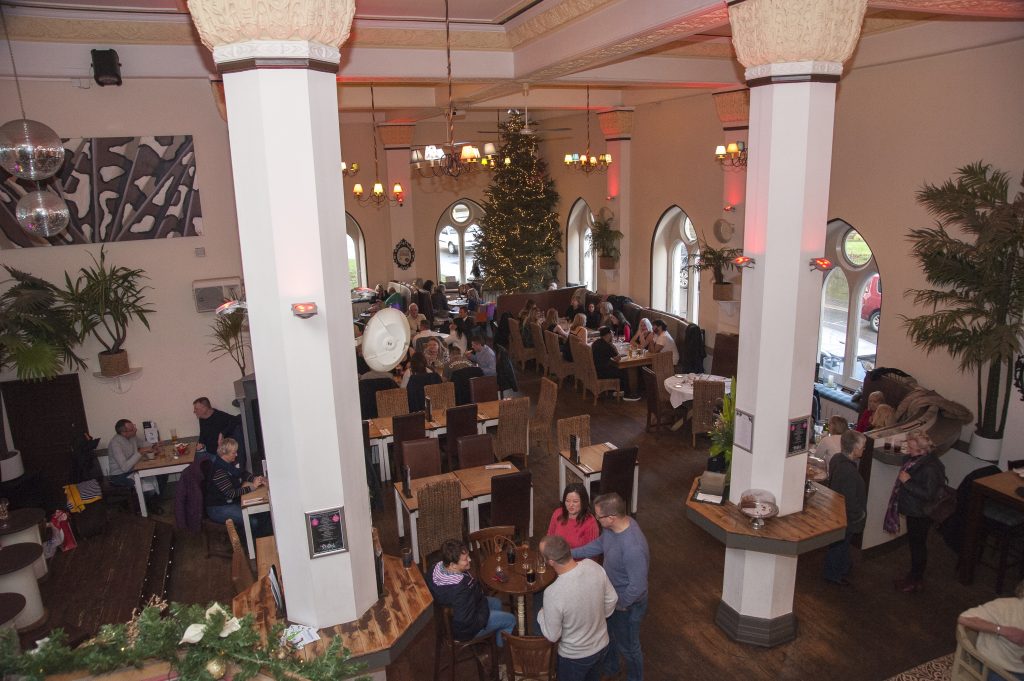 Ben’s most successful business to date is The Treasury, which has been providing exceptional food and drink to the people of Plymouth and beyond for over 16 years.

Upon securing a lease on the premises of the Old Treasury building it took Ben six months to get the now popular bar and eatery up and running on its path to success.

The market for a new cafe, restaurant and bar in Plymouth was in demand at the time of opening and this played out to his advantage. A keen businessman never misses an opportunity and Ben observed the trends of other local bars and eateries around the area.

With most pubs only open until 11 pm at the time and nightclubs opening from 11 pm, Ben decided to apply for a nightclub license to allow the locals to have a fine dining restaurant and luxurious bar all in one place that was open all day.

The Treasury was offering something nobody else was and this put them ahead of the curve.

Ben’s pride and joy, The Treasury, has become a huge asset to the city of Plymouth being used for a variety of different purposes from a catch-up coffee with an old friend, bottomless brunch with the girls, dinner with the family or a night out with your friends in their state-of-the-art bar.

Catering for all diet types, there is something for everyone to choose from at The Treasury Bar, whether you’re a vegetarian, vegan or require gluten-free dishes; their modern English menu has everybody covered and dining in style.

You can indulge in a variety of offers such as the ever-popular afternoon tea, breakfast, lunch and even bottomless brunch which is becoming increasingly popular.

Not only can you head out for a delightful family meal or have a few drinks with the girls, but the venue has the option to host private functions in The Lounge Function room, a classically themed and intimate self-contained bar upstairs from the main room. Catering for up to 150 people The Lounge Function room is available for a whole host of events including engagement parties, baby showers, birthdays and wedding receptions. 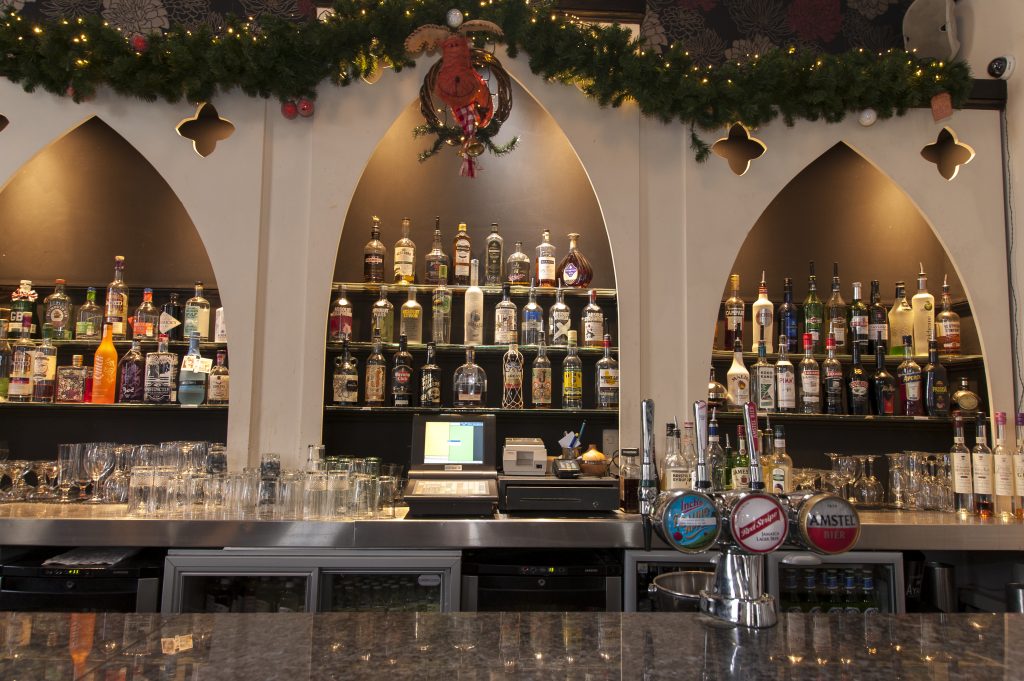 Downstairs you can indulge in a variety of offers such as the ever-popular afternoon tea, breakfast, lunch and even bottomless brunch which is becoming increasingly popular.

Ben is always thinking ahead, using his knowledge of world trends and bringing them to Plymouth. Bottomless brunch is a perfect example of this, costing just £25 for 2 hours of unlimited prosecco and brunch.

“We’re not just a restaurant and we’re not a typical bar. We’re like a chameleon with the ability to change as the day progresses”

The gin trend has become more and more popular and after founding their Gin Club 12 years ago with only 5 gins on offer, The Treasury now stocks more than 150 artisan gins for those who love a tipple of gin and tonic and their monthly Gin club runs every month on the last Thursday at 7 pm and includes 3 gins, tasting notes and buffet for only £15.

January is bringing new and exciting things for Ben and his team at The Treasury when they launch their brand-new healthy menu which offers a range of healthy alternatives to help kick the new year off to a refreshing start. Keep your eyes peeled on their website and social media for more details.

Supporting local charities is heavily on the radar for Ben who has a passion for helping others, supporting Jerimiah’s Journey as a Trustee for the last 12 years and working closely with St Luke’s Hospice having completed various hikes including climbing Kilimanjaro to raise money for the charity.

Another thing that Ben is passionate about across all of his business ventures is being environmentally conscious. With plastic wastage at an all-time high globally, Ben is focusing his business on recycling, reducing and reusing where possible. He was the first bar to introduce a ban on plastic straws and rid the use of plastic cups at all his outdoor events now using plant starch-based alternatives. 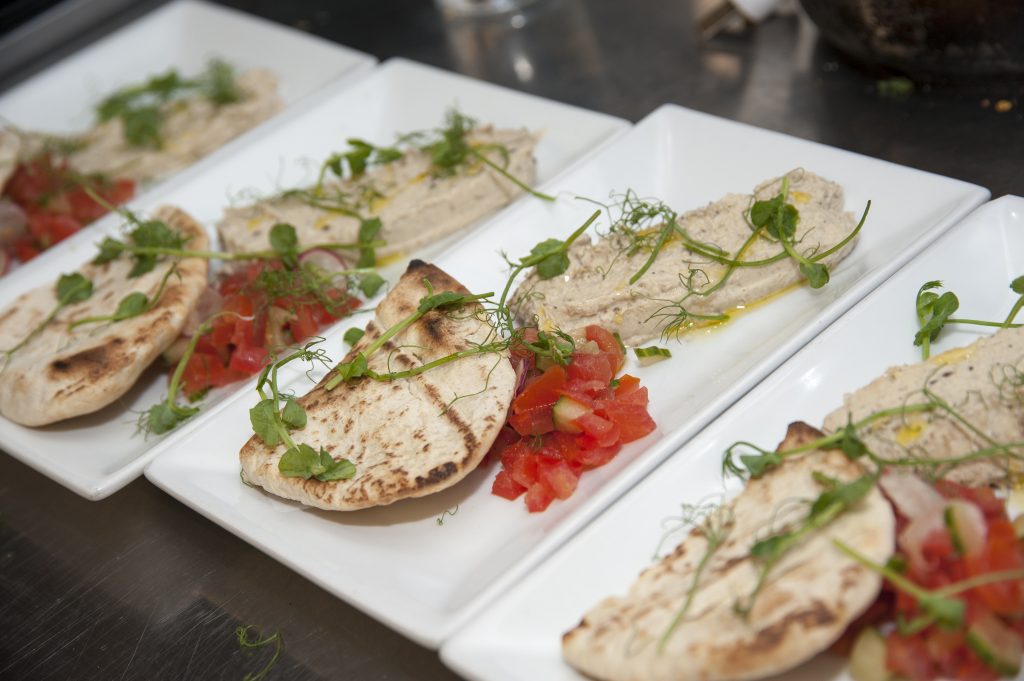 “Living in Plymouth, you have to aware of the environment around you with a beautiful coastline on your doorstep”

His work has been recognised by Surfers Against Sewage Plastic-free oceans campaign and as a director of the Plymouth Waterfront Partnership, Ben is passionate to promote a plastic-free Plymouth to boost Plymouth’s status of the first National Marine Park.

At Christmas, The Treasury decided not to use traditional Christmas crackers due to the high volume of plastic included in each one. Instead focusing on wood and cardboard props for customers to pose and entertain.

Event planning is something that Ben is passionate about and he has always excelled when a challenge is thrown his way. The focus now is to push the events side of his business, Treasury Events.

Across the South West, there are many events companies to choose from that offer different services, but Treasury Events is all-encompassing providing everything from hosting events, providing temporary event structures such as marquees, mobile bars, catering, lighting, DJ’s and cocktail staff with a team of over 40 they are able to support large client contracts such as MTV, Rolex and universities.

There is no denying that Ben is extremely driven and has a powerful passion for business and the hospitality industry having built many successful businesses over his 25 years in the industry, putting himself to the test and overcoming any hurdle in his way.

If you’re after a luscious meal, cocktails with friends, have an event coming up or for more information then get in touch with The Treasury using the details below. 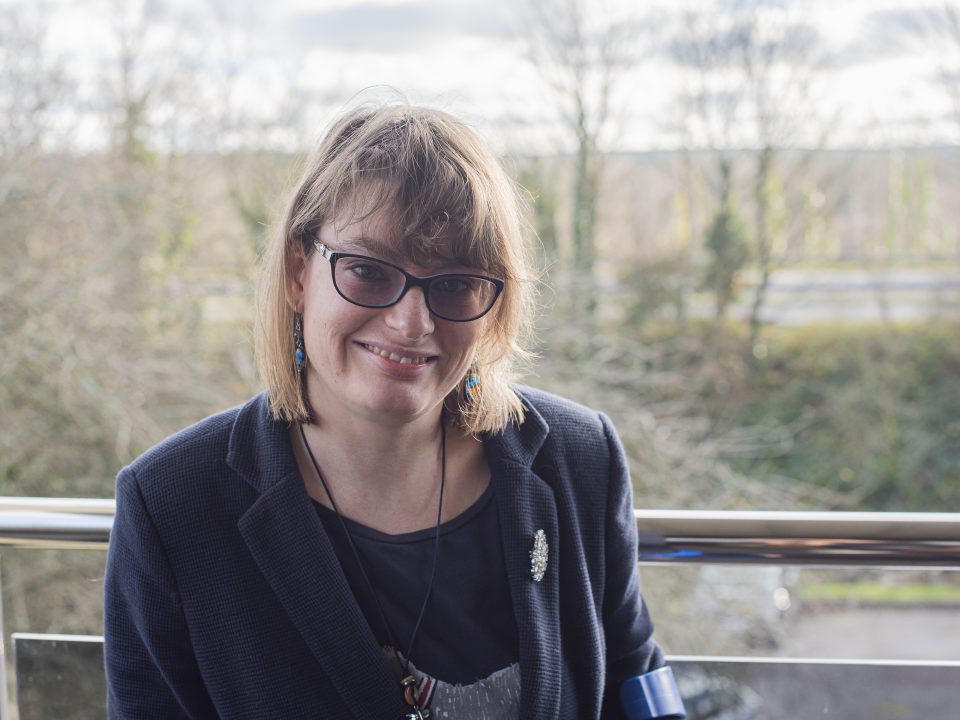 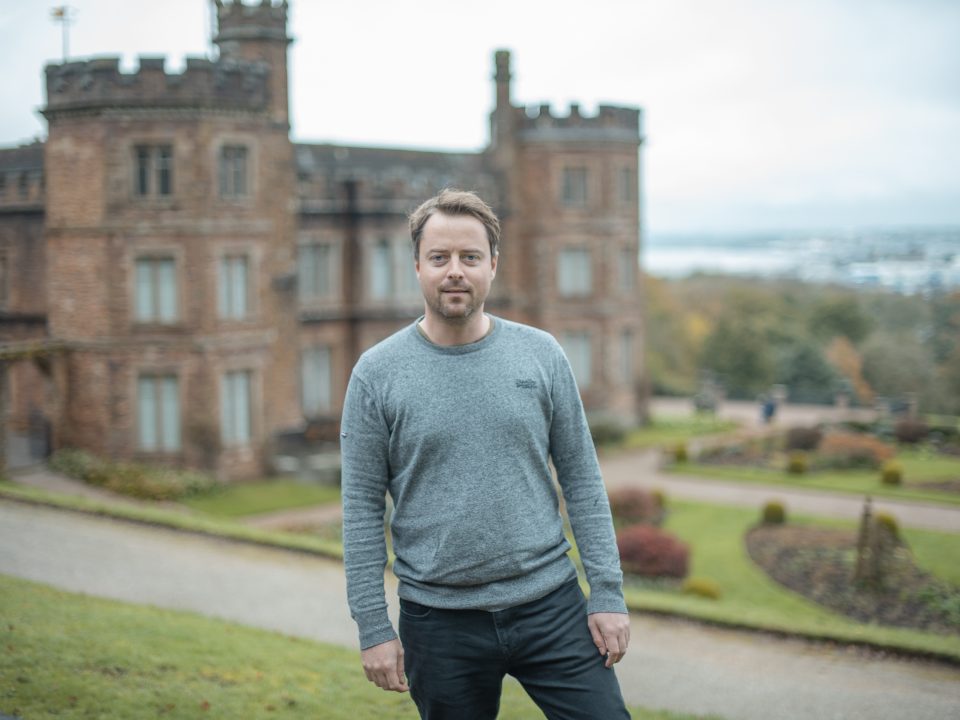 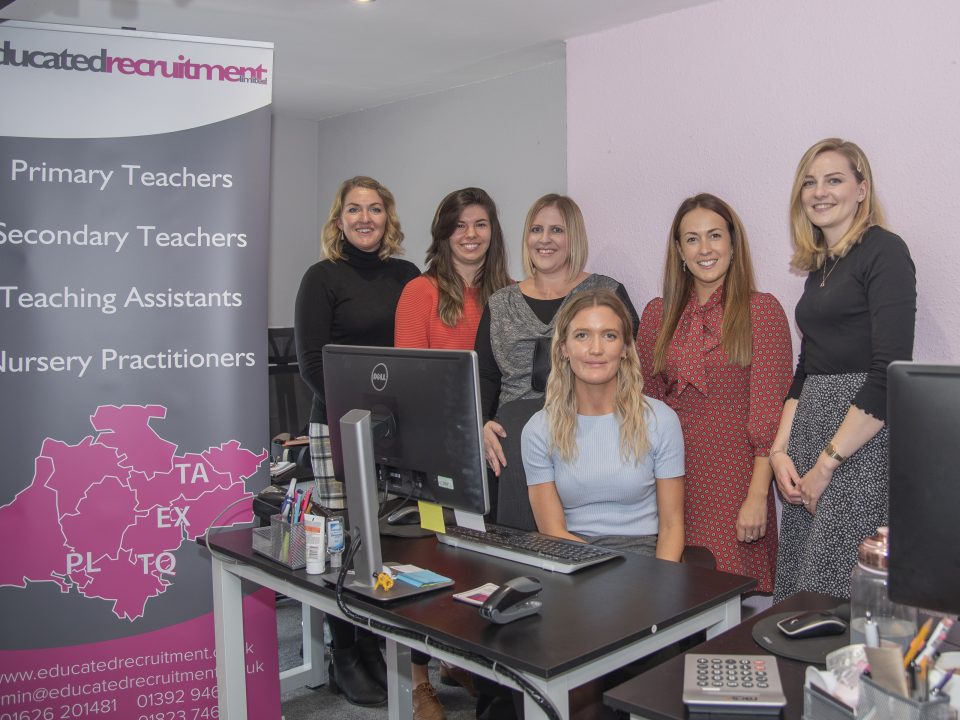