Dedication, a few helpful connections and a strong passion for squash is the reason why Fort Stamford and it’s four squash courts are still here today. The backbone of Fort Stamford belongs in the hands of one very hardworking and unstoppable man, Royston Sumner. A sense of community and diversity is at the heart of this club, and Royston and his team have gone above and beyond to make Fort Stamford a very safe gym at this time of uncertainty. We spoke with Royston to discover how Fort Stamford Health & Fitness came about, a little bit about his background and the important measures they have in place to reassure their members during the coronavirus pandemic to make this club one of the safest in Plymouth. 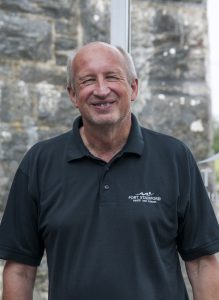 Squash and more latterly Racketball, are at the very heart of this health club. As a junior, Royston played when it was just a 4 court squash club sited in the dungeons of the fortress. 10 more courts were then built, with a pool and snooker room, in its moat over 40 years ago.

Royston was a high profile squash player, he moved to Paignton in his mid 20’s as an insurance loss adjuster, captained the county squash team and was playing for Newton Abbot squash club at that time. It was the social side of the sport that he found almost as appealing as the sport itself! In the absence of a manager, he continued to help the owner of Fort Stamford, Ray Larson, by running tournaments, the shop and the junior section at the Fort but this was difficult given the distance involved. The heydays of the sport had passed along with the drinking culture of that era. The financial viability of the club was grime.

At the sprightly age of only 26, following discussions with Ray about the Forts future, Royston was not able to resist the chance of running the club himself and agreed to lease the premises in an attempt to revive the sport’s fortunes.

“So, I gave up my suit and tie job and that was what happened.” Said Royston.

Royston was never a wealthy man so his visions for the club were always thwarted by a lack of money. So long as he kept squash running, that gave him the sense of achievement he longed for. With his first loan from the bank, he fixed the showers, court floors and reconfigured the bar area. More and more people came back to play squash after these changes and sure enough, the club grew.

Royston said, “It was a difficult concept, losing courts to save courts but that’s what I had to do!’

With Royston’s second loan from the bank, he transformed a few of the courts into a typical 1990’s style gym which gave him the money to keep the remaining courts open.

In 2008, not knowing the banks were on the verge of collapse, Royston embarked on a huge building project only to find the bank renege on their funding agreement. It knocked him off his feet. Royston was at the lowest point in his life where he almost lost everything. Every bank in Plymouth turned his request or monies down. Out of the blue, a ‘chap’ from Barclays in Newton Abbot phoned him up one day. In this fluke of luck, the ‘chap, Steve Reynolds, from Barclays also happened to be the treasurer of Newton Abbot Squash club and had admired Royston’s running of the Fort over the years since he left his club. After a long day going through the project he bought into Royston and not just the business, authorised the loans and effectively saved the health club from financial ruin. 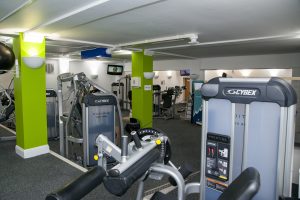 With new funding, he refurbished the health club, added a jacuzzi, sauna, toning salon, and extended the pool to make it what it is today. With the investment, members came flooding in, he paid the final payment back to the bank in October 2019. Just the mortgage to go, or so he thought. Royston’s debt was not over yet for then came Coronavirus, the biggest pandemic of our lives and has forced Royston to invest further, this time in safety measures. Approximately £25,000 in fact! Royston and his team are eternally grateful for the support that the members have given during this time, this gradual flow of income enabled Fort Stamford to survive, pay the bills and to put in place the measures that members would have wanted to ensure it was a safe place to return.

“I want to emphasise that the measures in place at the Fort ensure that this gym at least, was not an environment that most gyms are perceived to be” Said Royston.

Fort Stamford has taken some extraordinary precautionary measures above and beyond any gym we’re aware of in Plymouth. They are using products produced by TECcare called Ultra, Control and Daily to treat all surfaces. They are water-based, environmentally friendly, non-corrosive and doesn’t irritate the skin. The product is applied with a spray gun which statically charges the product so that it completely envelopes the objects being treated, even the most complicated parts of gym equipment. This spray has been applied to every single bit of equipment, flooring, toilets, and all touchpoints and handles. This will continue to kill germs for up to 3-4 weeks. As an added precaution, they re-apply the product every 2-3 weeks for members safety. 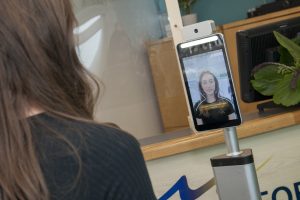 When you enter the club, your temperature is checked with a thermal imaging camera to ensure you don’t have a fever. There are disinfectant bottles located in all areas of the club available for you to wipe down any equipment you have just used. This spray provided, unlike most, won’t remove the Ultra spray from the equipment. There are plenty of hand sanitising stations dotted throughout for your personal use. Fort Stamford has also invested in a new sophisticated air ventilation system which kills all harmful germs in the air. This works by using ultraviolet light which kills the germs instantly and then re-disburses it as disinfected air.

Walking around Fort Stamford, it is clear that they have taken all of the precautionary measures and more to be able to reassure the concerned or elderly members that this is a very safe gym and club to be in.

“They were expensive measures, but they were important measures that make a clear statement that this club is a very safe club to come back to’’ said Royston. 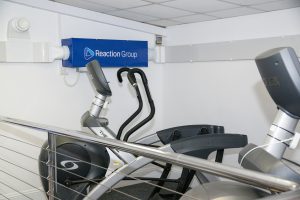 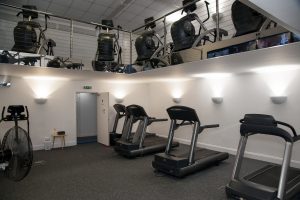 Fort Stamford wants everybody to feel welcome, the young and the old. This diversity gives a great sense of community. The staff really do care about you and your health. Their membership includes the use of all the facilities but if you want to change your lifestyle, you need to exercise on a regular basis. It’s not just a question of what you do but how often you do it. When there are lots of things to do, it makes exercising regularly easier! Membership includes the use of the courts, the gym, classes, toning salon, pool and spa.

Royston said, “We haven’t put prices up at Fort Stamford for 30 years to existing members. It’s a loyalty thing, if you’ve supported us then we’ll support you.”

“With most other gym’s you have to pay for advice for this and advise for that. At the Fort, it’s all included in your monthly price, no add-ons and of course, we offer so many more facilities” said Royston.

Members can book via reception or online using a convenient App. Non-members book direct with the club. If you are not technically minded, you can just turn up at reception, however, you run the risk of the activity being fully booked.

Being healthy and keeping active is one of the most important things you should be doing, especially given the current coronavirus pandemic. Not only will it get you fit and help you reach your goal weight, but exercise has so many benefits to your mental wellbeing, keeping you engaged, clearing your head and enabling you to make clearer decisions.

Future plans are to provide an extended reception area and the dream of a reinstating a glass-backed court. Racketball has been reintroduced a sport so much easier to play than squash. It was proving really popular prior to lockdown, particularly with women.

“I’m hoping that before I retire, Racketball will become more popular ensuring the viability of the courts and therefore the future of squash, the very reason I took the club on 30 years ago,” said Royston. 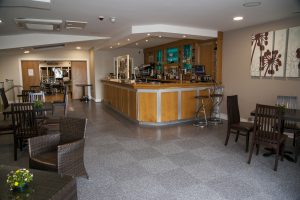 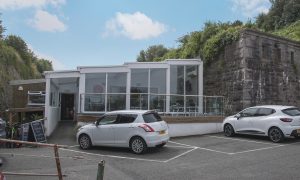 It is clear that the passion of one man and his team has given this gym a new injection of life when it needed it the most, we were certainly impressed with how sophisticated and safe the entire environment was on our visit, and we are sure you will be too. 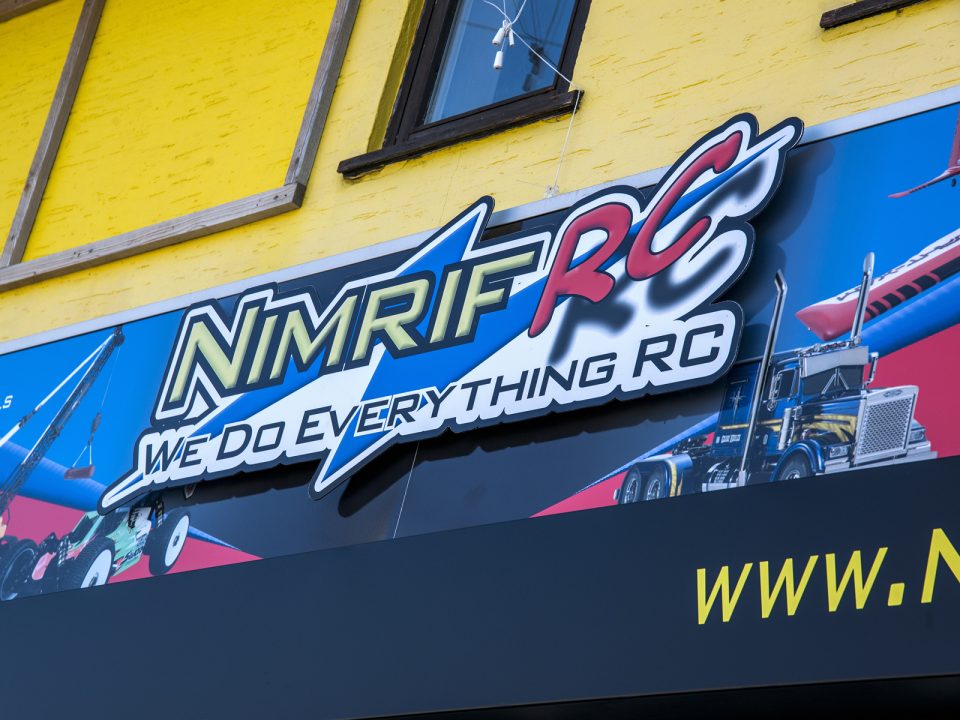