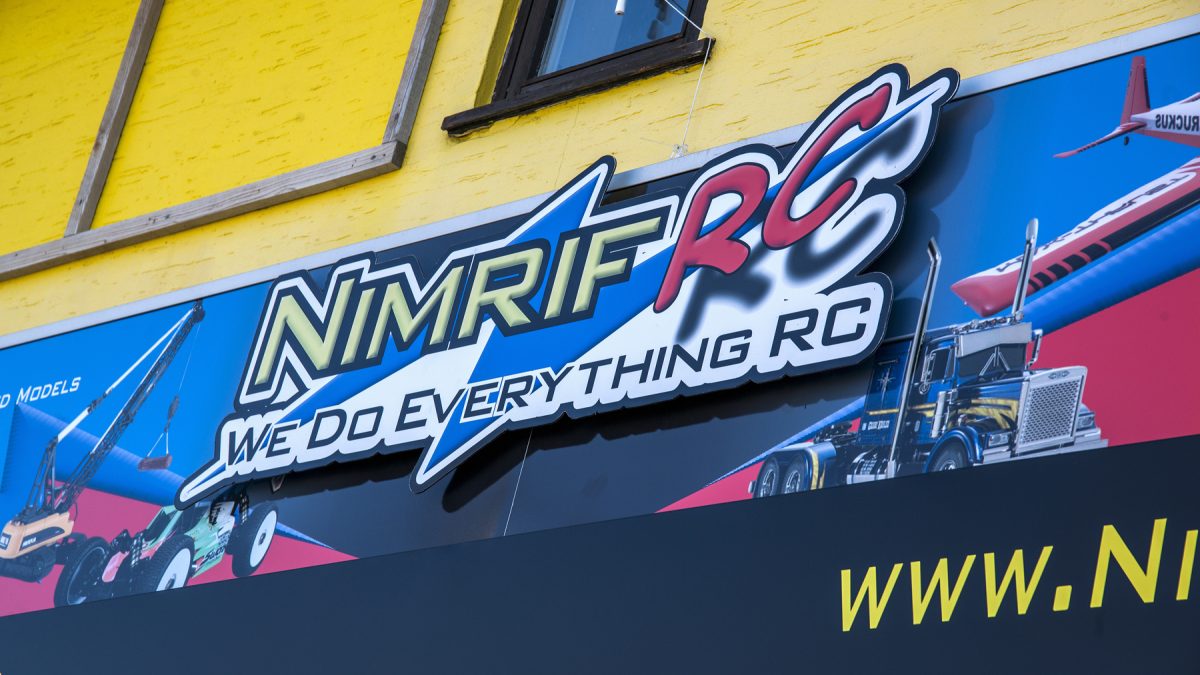 Passed down through three generations of the Firmin family, Jonathan Firmin has been the owner of Nimrif RC for over 13 years. His father, Paul passed down the reins to Jonathan in January 2007. As a family, they have always been passionate about not only retailing RC models but racing them in local and world-renowned competitions. Since Jonathan was a very young boy he has obtained a considerable number of trophies under his name, it is clear that his passion and love for the industry has carried through the years to his business which has been received very well by his loyal customers. 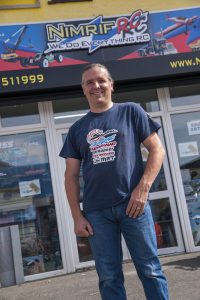 You may know Nimrif RC as Nimrif Models, Jonathan decided to rebrand his company due to the diverse number of models he is now selling from Land, Sea and Air. The shop was originally named Nimrif Models because they only sold sailing and powerboats that were bespoke designed, manufactured and distributed all by themselves.

Nimrif RC stock a wide range of RC models, their best sellers at the moment are the small rock crawlers and the little speed cars which reach a speed of 22mph. These are great, affordable options to have a bit of fun with! Nimrif also stock an incredible Tamyia truck complete with VR goggles so you can view the experience as the 1st person view from the driver seat, watching all the controls working seamlessly.

Jonathan never felt pressured to take the business over, he was prepared with years of retail experience and the knowledge that comes with a degree in Civil Engineering and a masters in Computational intelligence.

Jonathan has been racing radio-controlled models since the age of 4 and by the age of 8, he was British Junior Champion. Throughout the years he has been racing, he has held 3 world championship titles and 2 world speed records for hie bespoke built RC models. The majority of competitions he has won, he has used his prized possession, the 6.5ft in length boat which he nicknames ‘My Baby’. 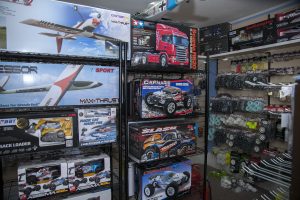 ‘I could tell you story after story’ Said Jonathan ‘the races I’ve done with that boat and the party tricks I could do, that was my absolute baby.’

One story that plays with his heartstrings was from a 24-hour powerboat race in France. Now, normally you would have a group of 8-10 people all taking it in turns to do an hour of driving each. Jonathan had a team of 4 and he had just finished driving for three hours. ‘Everybody says you can never have a bond with an inanimate object.’ Said Jonathan. But at 12:30 am, in the middle of the night, Jonathan woke up and said ‘There is something wrong with my boat’. Nobody had called him to say what was wrong. He climbed out of his tent, and there stood in front of him were his teammates stating there was something wrong with the boat. They handed him the boat and he knew exactly what to fix without anybody telling him anything, he managed to fix the boat by what he saw in the dream. 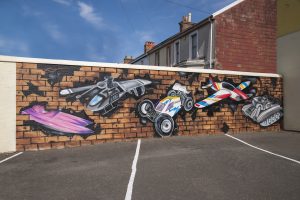 Graffiti Wall next to their new shop

‘The boat called me, said Jonathan ‘told me what was wrong and what needed fixing, and still to this day, I get emotional about it.’

Unfortunately, 3 ½ years ago Jonathan was diagnosed with Parkinson’s disease which can affect his racing abilities. This was first discovered when he was racing using a radio controller, he realised he couldn’t make the corners quick enough as his thumb movement was far too slow and numerous tests later, he was given the diagnoses.

‘Once I received the diagnoses’ said Jonathan ‘I knew what was wrong with me which made me feel better as I could now get on with my life”. 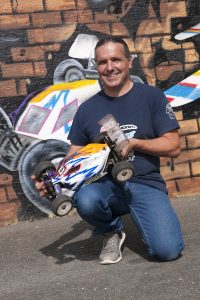 Jonathan is currently designing a new spatialised controller for himself so he can continue doing what he loves and start racing again. This new controller will have metal bars under his legs to support his weight whilst using the foot pedals along with a steering wheel attached to his waist. The idea is there, however, the time and money are few and far between.

Jonathan has so many new and innovative ideas that have come as a result from his Parkinson’s diagnoses. This disease would also bring physical fatigue so he would sit down in the evening after work and would be exhausted, however, his brain would still very active so he’d spends hours at night researching and designing so that when he does have the energy, time and money, he can go about manufacturing these ideas.

To Jonathan, Nimrif RC is so much more than just a retail job. His passion for racing and designing drives this business and his knowledge and experience is what keeps the customers coming back, time and time again.

To find out more about Nimrif RC, head to their new shop at 2 Moorland Rd, Plympton