GET READY, GET EXCITED, GET YOUR SKATES ON! 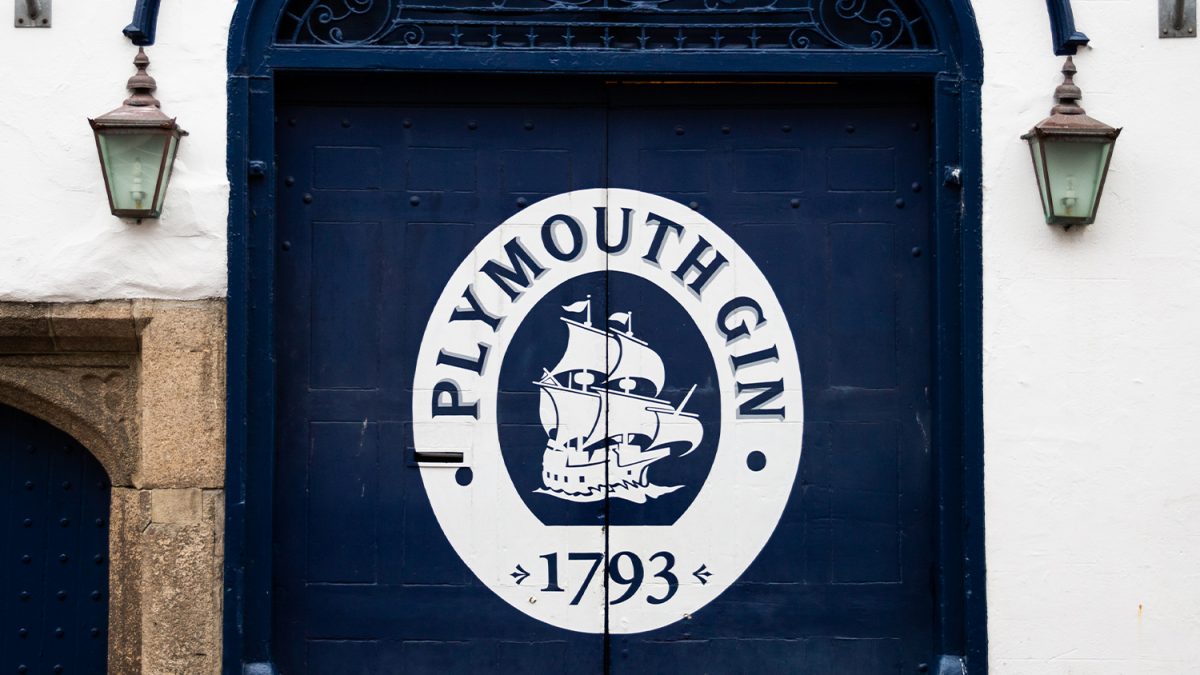 We all talk about visiting wine orchards in France and the Guinness brewery in Dublin, but to taste one of the world’s best-loved gins, you just need to take a walk down the cobbled streets of the Plymouth Barbican and head to Southside Street which is home to The Plymouth Gin Distillery.

The building’s first use was rumoured to be some sort of monastery with its tall wooden beamed ceilings, arched doorways and stained-glass windows. It was believed to be a monastery to the Blackfriars which is how the building received its name ‘The Black Friars Distillery’ however, historically, Blackfriars were never in this area, it was predominantly Whitefriars which raises questions as to why it got its name. After the monastery, the building had several uses from a debtor’s prison to a town hall but more famously, it was believed to be where the Pilgrim Fathers stayed before they set sail in search of America. A lot of the branding used by Plymouth Gin now resonates back to the history of the building and Plymouth’s maritime origins, for example, the monk and the
Mayflower ship. 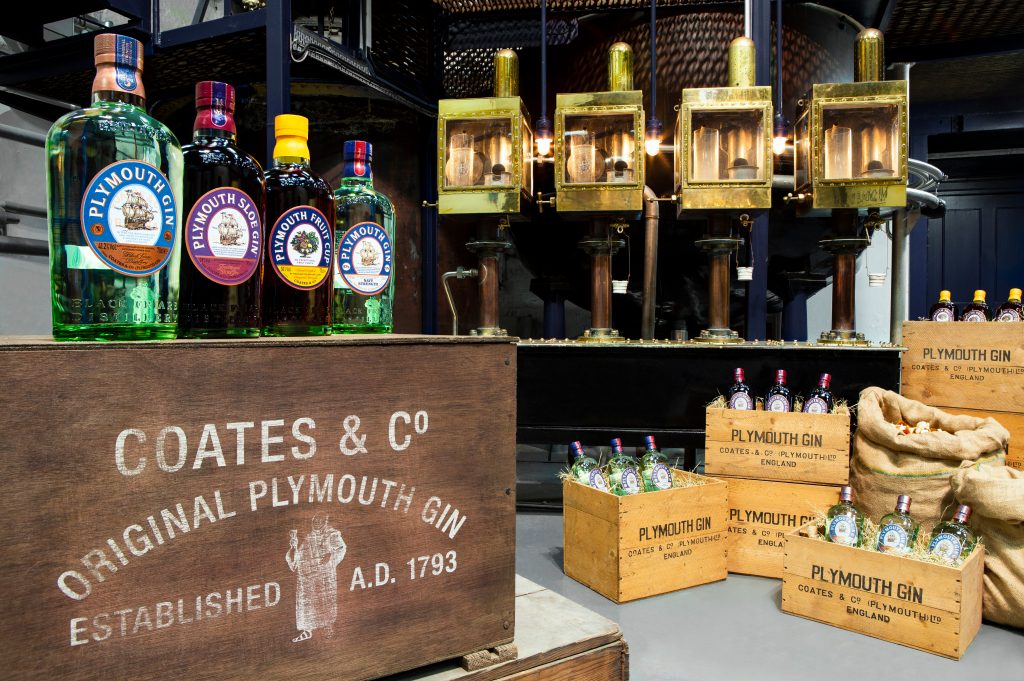 It was only until 1793 where it became a distilling house with the arrival of Thomas Coates. In search of somewhere to make his gin, Plymouth appealed to Mr Coates rather nicely as it was close to the docks which meant receiving botanicals was effortless and it was easy to ship the products out to the world. In the early 1900s, Plymouth Gin became one of the biggest alcohol brands in the world and a lot of its success not only came from the great location but the Royal Navy as they took it around the world with them.

Early cocktail recipes like the dry martini recipe had Plymouth Gin listed as one of its ingredients!

The recipe for Plymouth Gin remains untouched whereby Mr Coates would still recognise it today however, the taste has altered due to advances in technology within alcohol production.

With thanks to Mr Coates, Plymouth Gin has gained the title of the oldest working gin distillery in England. Although other brands may have been going for longer, they have all moved house whereas every drop of Plymouth Gin has been made in the Plymouth Gin Distillery.

The most popular gin from their Plymouth Gin range is the original Plymouth Gin at 41.2%. To drink this, it can be served neat, with a little dash of water, or if you want a longer-lasting drink, pour over ice, add some Indian tonic water and a slice of lemon for a refreshing hit. There are a total of five gins in the range, Plymouth Gin, Plymouth Gin Navy Strength, Plymouth Sloe Gin, Plymouth Gin Fruit Cup and Mr King’s 1842 Recipe.

The original Plymouth Gin was carried by the Navy below deck alongside the gun powder however, there were concerns that at 41.2% alcohol if accidentally spilt onto the gun powder it would render it useless as it wouldn’t be able to ignite once wet. Thomas Coates then made a stronger version with 57% alcohol and if the gun powder could still ignite then it could be taken on board the ship. This was then named Plymouth Gin Navy Strength.

We asked Plymouth Gin why they don’t offer a pink gin or a fruit-based gin liqueur and they said, ‘If it’s not broken, don’t fix it!’ Plymouth Gin has stood the test of time by solely making traditional gins and that is their brand identity. They consider their range of gins to speak for quality instead of quantity which is why there are only five gins in total. 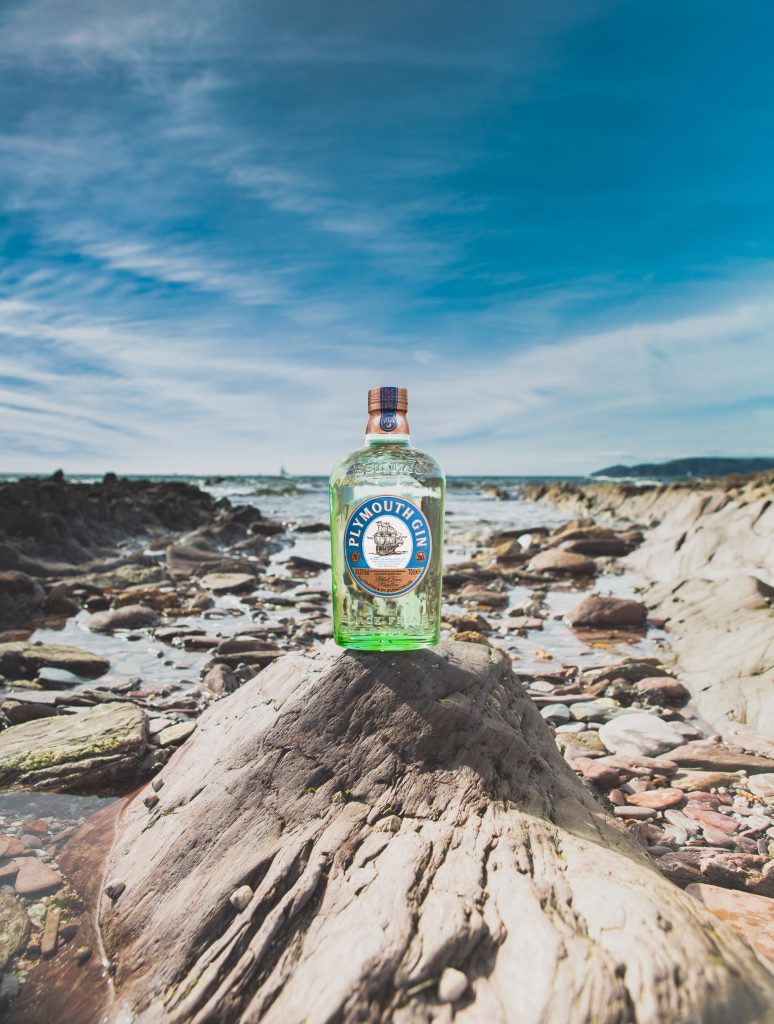 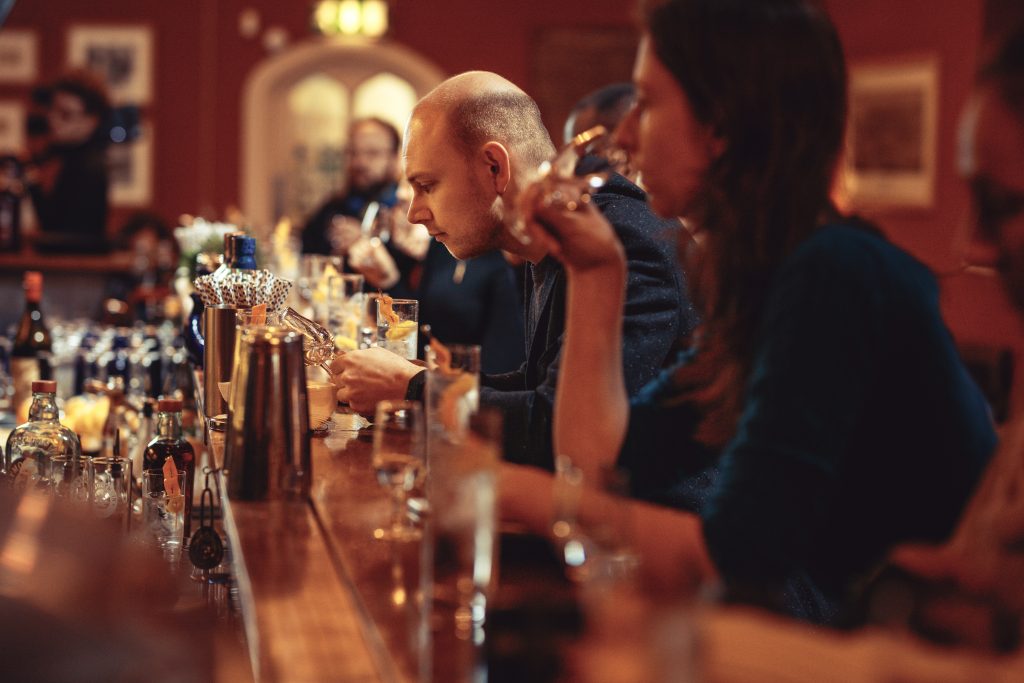 Everybody at the distillery adores their job; tour guide, bartender or shop assistant, their enjoyment of the job is truly infectious to the visitors that come here. We certainly felt a very warm welcome by everybody, and we were very well looked after by the bartenders who even offered us a complimentary gin & tonic to try. Absolutely delicious!

The amazing work that the team at Plymouth Gin do, doesn’t stop at the doors of the distillery. They have teamed up with the National Marine Aquarium to support the Plymouth based charity, Ocean Conservation Trust. Plymouth Gin has a huge connection to the ocean and maritime history, so it felt only right to use their established platform to good use and inspire the public to ‘leave nothing but footprints’ behind. The campaign is run by Ben Fogle, wildlife presenter and keen advocate in the hopes they can encourage people to protect our beautiful country and to leave it the way it
was found.

Plymouth Gin has led by example and has volunteered to attend many litter picks throughout the year, in and around Plymouth. They helped clean up the Barbican on the 13th of April, just after the stage one lockdown restrictions were lifted and they were also at the SailGP, clearing up any litter left behind. 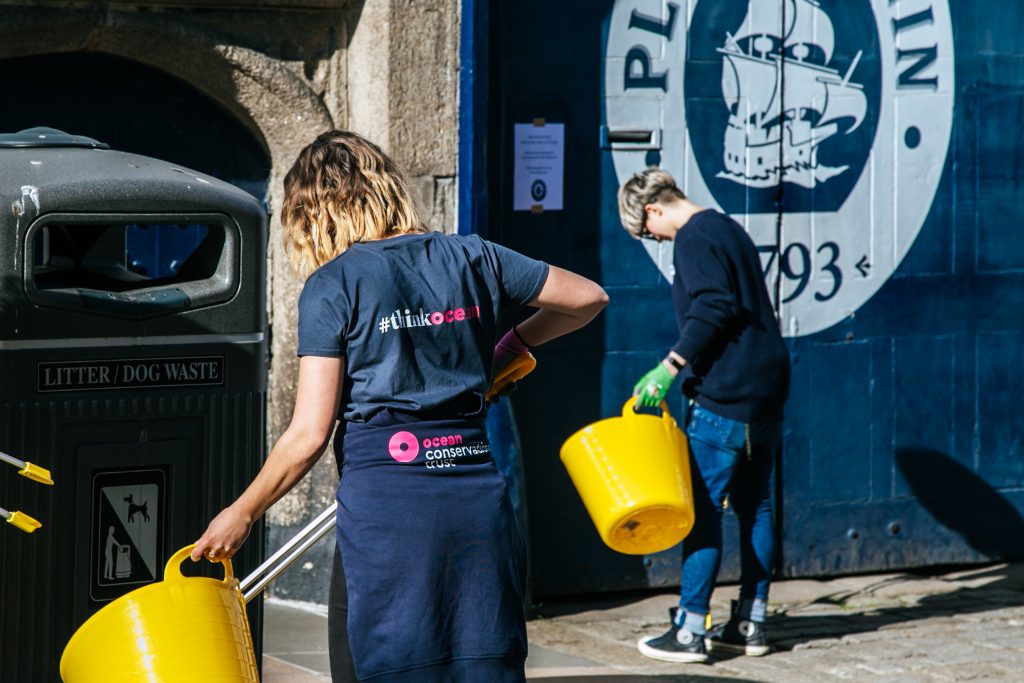 Within the walls of the distillery, Plymouth Gin have made some positive changes by thinking more sustainably. They have completely eradicated single-use plastic in all of their products, online, in stores and in the distillery. Everything they use now is either recyclable, compostable or biodegradable, even down to the shipping of their gin.

Although Plymouth Gin is very traditional when it comes to its distilling, the people behind the company are certainly glancing into the future by respecting the land and sea we surround ourselves with.

See the history of the building and the journey of Plymouth Gin for yourself on one of their brilliant tours. To book a tour or to find out more information, see the details listed below. 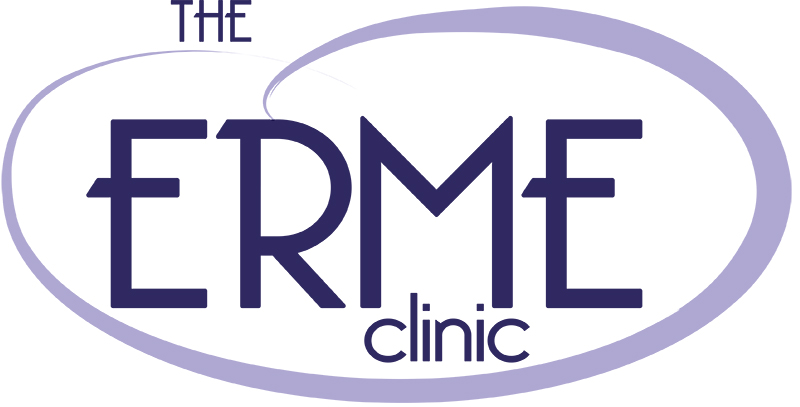