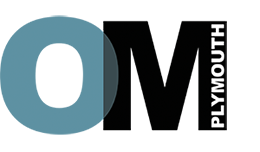 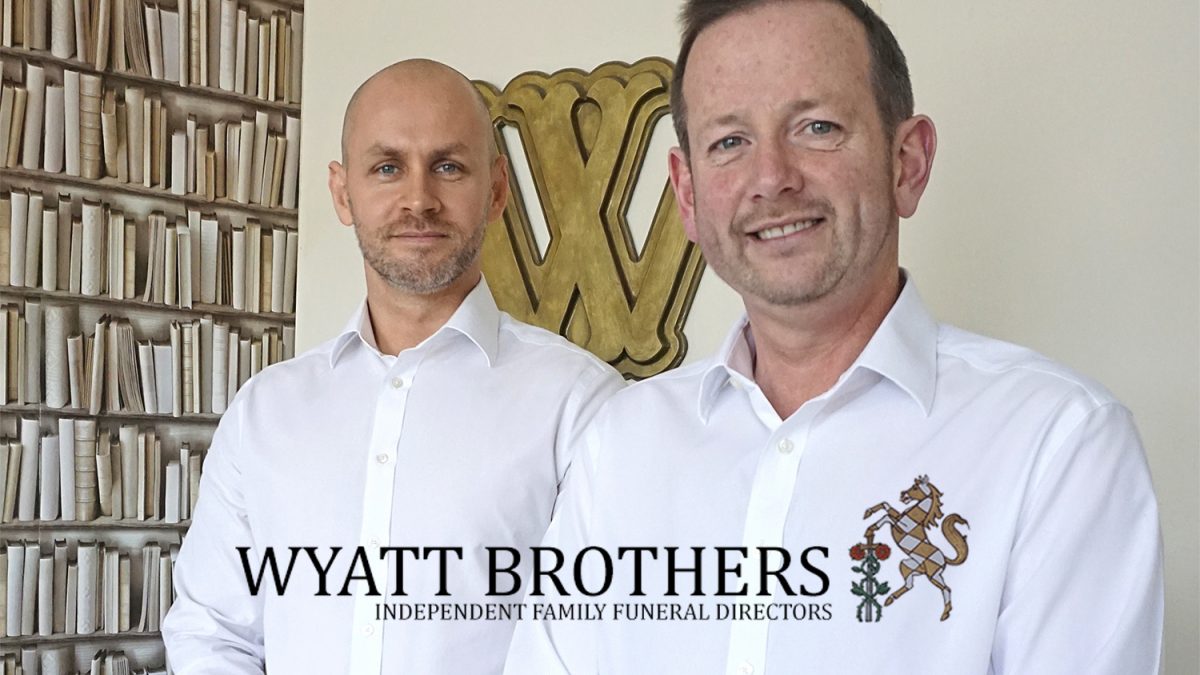 The harsh reality of life is that you are not guaranteed a tomorrow. Living every day like it’s your last and appreciating every moment is how John and Richard, owners of Wyatt Brothers Funeral Directors choose to live their lives. At the peak of the Covid-19 pandemic, John had the awakening news that his life could potentially come to an end. This is a story of how John and Richard overcame the many obstacles that were thrown their way within the past two years and the alarming reality of owning a Funeral Directors during the biggest pandemic we have faced in our lifetime.

Wyatt Brothers and twins, John and James began carrying coffins for a bit of pocket money when they were 16. Their father worked as a clergyman which meant the twins were brought up in a vicarage so funerals and weddings were all commonplace.

After both attending Agricultural College from school, the twins went their separate ways for a few years before both returning to the funeral industry as they shared a love for the caring environment and family relationships.

Very unexpectedly the twin’s mother died of cancer when they were only twenty-eight. Followed shortly afterwards by their father. For the twins this was hard and John chose to leave the funeral world near Oxford to be near his sister in Tavistock and James went into contracting.

However, it didn’t take long for John to miss the caring side of the funeral industry and in February 2016 started Wyatt Brothers, with his relative Richard joining him, after leaving the Royal Navy. Richard was also bereaved in his early twenties, when his father, a former Royal Marine had sadly died, so both understood the pain of loss. 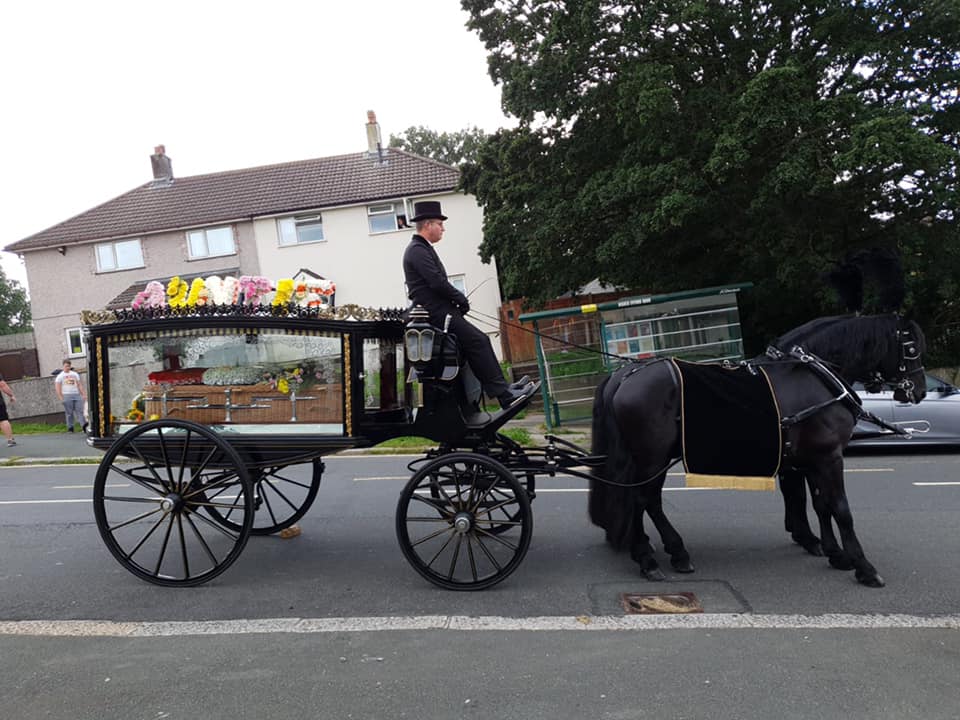 Fast forward a few years to 2020, the year where everything changed.

Working within the funeral industry during the Covid-19 pandemic was not only a very busy time for Wyatt Brothers but it was also extremely scary and mentally challenging. John and Richard pride themselves on being able to provide and organise anything the families want for a funeral but during the pandemic, Covid took that privilege away.

There were many restrictions and knock-on effects and although the funerals themselves could go ahead, only ten people could attend and with no wake afterwards. There were social distancing rules and loved ones were unable to hug or sit next to one another. The pain of having to conduct these small gatherings was often due to their own vulnerabilities, often the husband or wife were unable to attend, but simply watch the service via a link, alone at home. These tragic memories will always be with John and Richard.

‘We go into the funeral business to help those in need at one of their most difficult times in their lives, to ease the pain, to guide and care for them. How do you tell somebody that they can’t hold their loved one? We often had to and it was extremely hard’

Small touches that make funerals special, such as order of services, suddenly could not be printed as they were not an essential business and were therefore closed. Flowers are imported from Holland and supplies became difficult. Florists had to work from home, we could no longer visit families in their homes. The trust that the families put in us during those days was immense.

With the fear of catching the virus and the lack of PPE available to us and the unknown possibilities of the pandemic, John then found a lump in his neck in late November 2020. John is fortunate to be good friends with a surgeon and had asked him if he could have a look at the lump to see if it was anything to worry about. The surgeon seemed particularly worried about the lump and told John to book an appointment with his GP as soon as possible.

At first, the GP asked John to send some pictures of the lump as they were limiting face-to-face consultations due to the pandemic. John had lost both of his parents due to medical negligence, so he wasn’t taking no for an answer especially after being told that it was a lump to be particularly worried about. They soon arranged for John to have a biopsy and on Christmas Eve, whilst he was dealing with the bereaved family of a mother who had passed from head and neck cancer, received a phone call with the diagnosis of head and neck cancer. 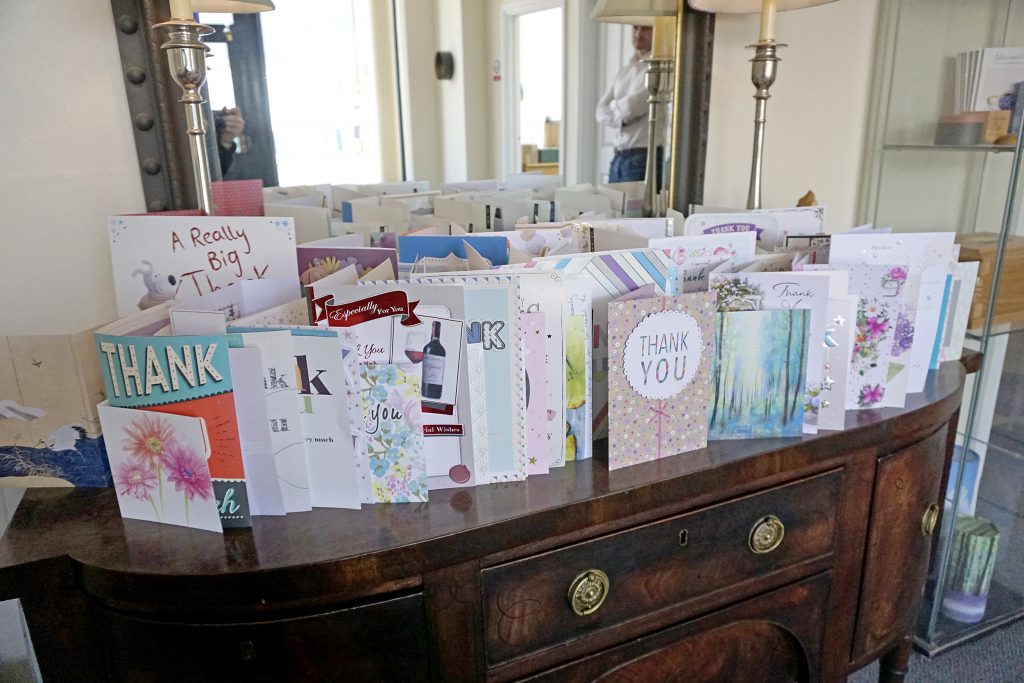 As part of his job, John is aware that life is short and tomorrow is never a given, therefore, he was prepared to be told that the cancer was terminal. Family and friendships are so important to John and his cheerful personality forces him to never take life for granted and to enjoy what life has to offer.

In complete disbelief by the news, he treated Christmas Day like normal and spent it with his family, even with the fear that it may be his last Christmas.

Whilst he was trying to come to terms with his diagnosis, he was in the process of purchasing a derelict old house that needed a full renovation. At first, he wasn’t going to go through with the purchase as he knew it would be a huge project whilst trying to fight cancer but after his first successful operation, he thought it might be a healthy distraction.

This house had no running water or heating, and it was the middle of winter, not the best foundation for a man fighting cancer during a global pandemic but he somehow managed to get by.

With the first operation out of the way on the 7th of January, he came out of the operating theatre into the ward where John had too much medication, giving him a near miss, thankfully a nurse noticed, and all was saved. At one point they thought John had Covid so he was quickly put in a side room at handover, only for him to ring his surgeon friend to say,

‘I haven’t been fed all day is that normal? ‘They had forgotten I was in the room’ Said John laughing

After recovering from his first operation, he was about to go under for his second operation on the 25th of January but his surgeon came into the operating theatre and said,

“I’m afraid we can’t operate today and we are unsure of when we will be able to go ahead with the operation as there aren’t enough hospital beds due to Covid-19 patients.”

John’s surgeon informed him that instead of having the operation, they were going to move the Chemotherapy and Radiotherapy forward and begin the 6 weeks of treatment at the beginning of February. Radiotherapy was challenging for John as he suffers from claustrophobia and during the treatment, they had to lock his head in a vice to perform Radiotherapy.

Whilst dealing with the harsh effects of Radiotherapy and Chemo, John still had to keep Wyatt Brothers running as normal and continue with the enormous house project. 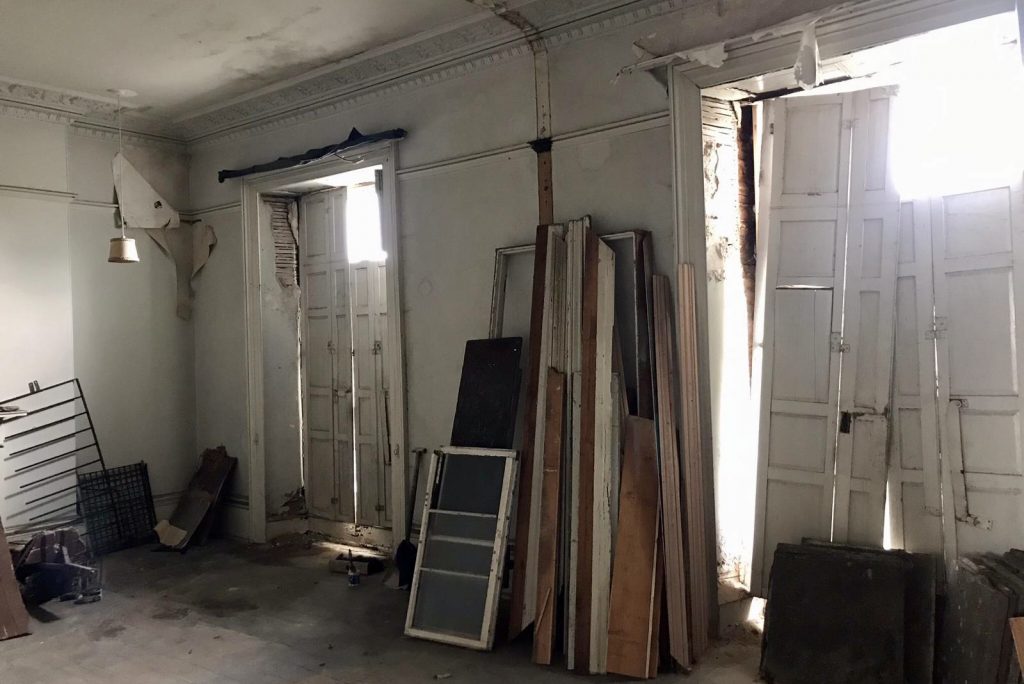 Richard’s time in the Royal Navy had given him the skills to work well under pressure and made him extremely organised, so alongside his wife Pippa, who now helps with the day to day, continued to run Wyatt Brothers to the usual high standard.

Funerals services are seen as super spreader occasions, where people come together from different parts of the country and therefore pose a great risk to those who are vulnerable and at this point, John, mid chemo treatment, who was now very frail and very aware Covid could finish him off, was forced to take time off from work.

‘I think it’s times like this that you realise what you mean to people, we had families that we had helped in the past offering to come in to help run things as news of my illness got out. Funeral Celebrants, Vicars and other family funeral directors asked how could they help? It was truly amazing. We often say we meet families as strangers and then become friends for life. When families you have helped and colleagues cry at the sight of you, you start to realise how ill you are, but also how much you’re loved’ – John

John lost 4.5 stone in just six weeks and was now living in a house where the loo didn’t even flush. The pandemic meant there was difficulty getting plasterboard and the cost of other materials, wood etc went up.

During the pandemic, the trades industry was the first to re-open, however, the demand was so high, it was pushing the prices up, which meant that repairing his house became even more challenging.

“I was lying on the floor feeling very ill whilst the builders were asking me where I wanted the plug sockets to go. I said, ‘I don’t care where the plug sockets go.’ And now there are lots of misplaced things in the house.” John said whilst laughing.

John’s treatment was a success and by September 2021, he is seen ringing the ‘all-clear’ bell on his last day in hospital. He has since put the weight back on, is fighting fit and his house is beginning to take shape. He is currently in the remission period for 5 years to monitor and make sure the cancer doesn’t return. 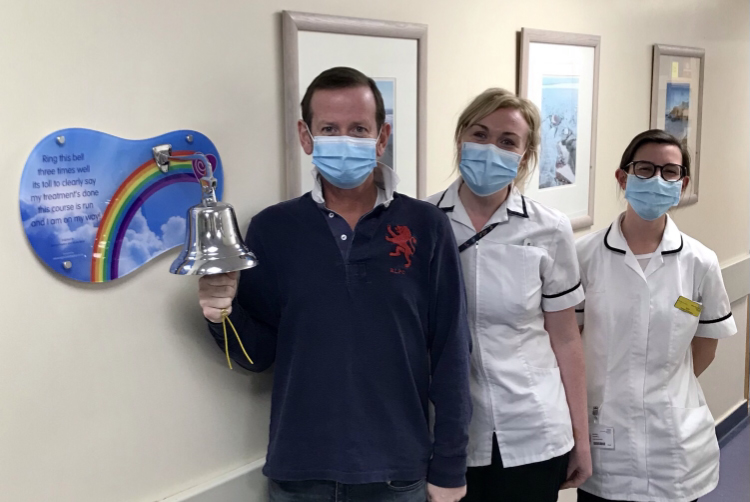 John will be forever grateful to his surgeon friend, the staff in Radiotherapy and on the Chemo ward, His Surgeon Taz and Oncologist Rachel who continued to care for him and all the staff at Derriford, many of whom became friends. But lastly to those who were receiving treatment with John who made those hours on the ward or waiting rooms bearable.

For John, Richard and the bereaved families; the funeral restrictions have become more relaxed which is a relief for the two to witness after such a challenging two years. Although it feels as if we are coming out of the tough times as a result of the pandemic, it is important for John and Richard to never forget about the families who were unable to give their loved ones the send-off they deserved.

Wyatt Brothers pride themselves on being friendly and caring people who love to make friends with the families they meet and make strong connections with them at such a tough time in their lives. The job itself is very emotionally challenging but they can find peace knowing that they are making the families’ last memories with their loved ones something truly special. 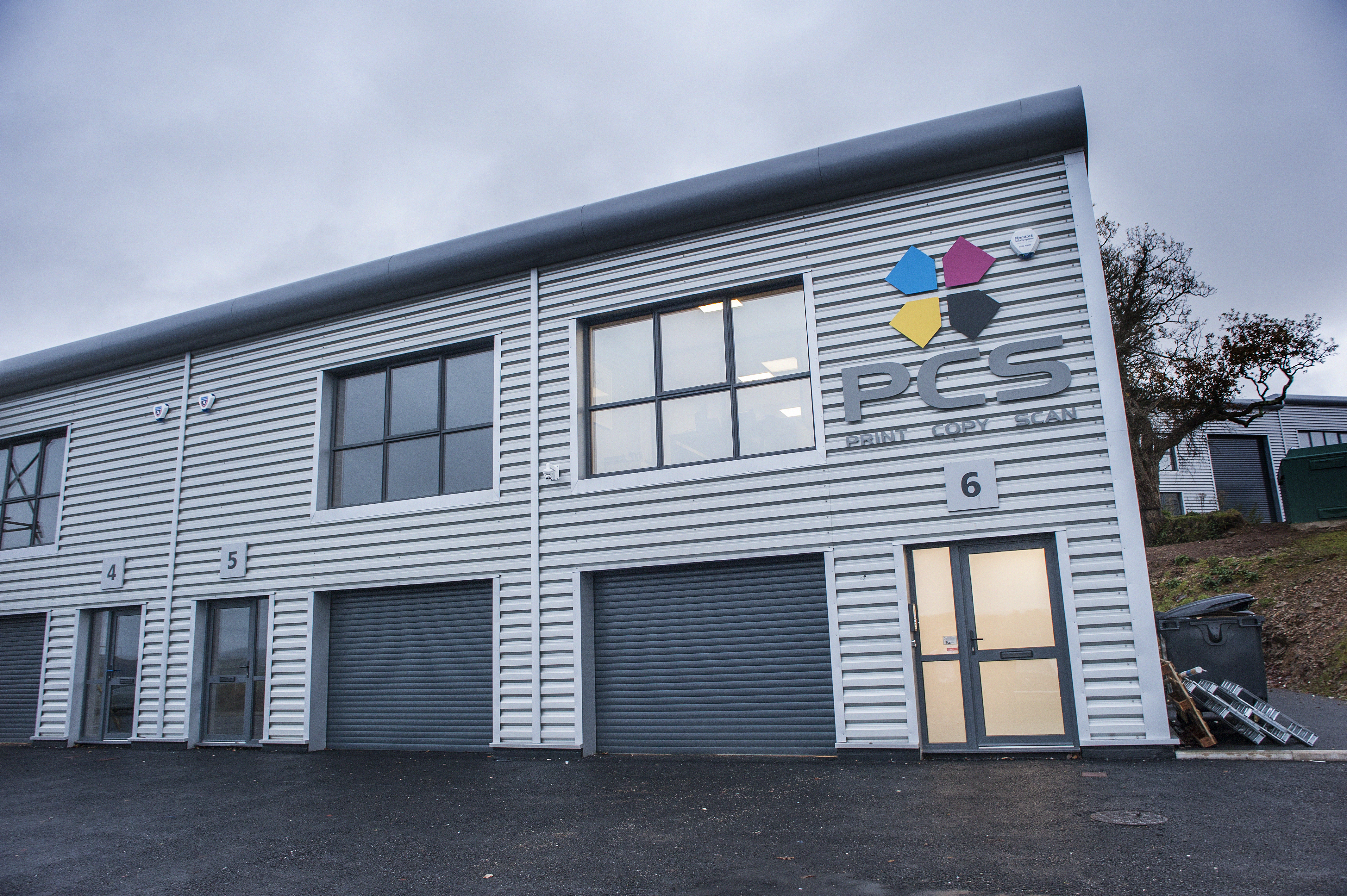